Steve McIntyre famously determined that Michael Mann was using a paleo proxy data series upside down in a paper. Mann’s response (though not directly because he doesn’t speak with mere people with questions) was “it doesn’t matter”.

I wonder what CRU will have to say about this one that has been discovered? It’s bigger than just a single point on Earth. 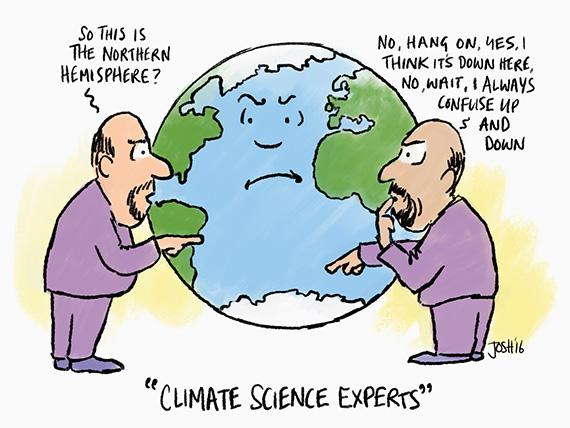 Reader John McLean emails with details of some surprising finds he has made in the Hadley Centre’s sea-surface temperature record, HadSST. John is wondering whether others might like to take a look and confirm what he is seeing. Here’s what he has found:

A hilarious possibility but one which Zeke has already said has been fixed or was wrong. Well, that’s a relief – these things do tend to happen in Climate Science.