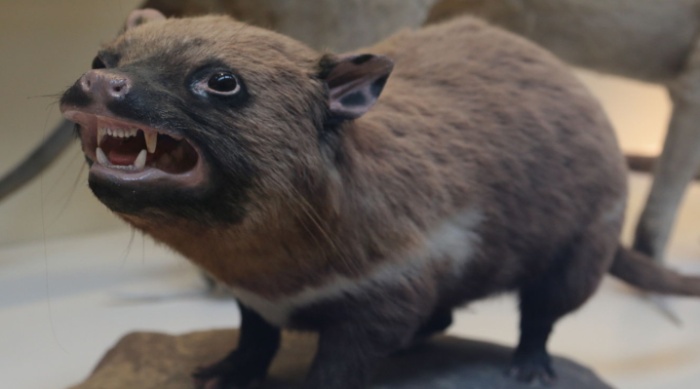 A new group of climate entrepreneurs has arisen to service the needs of true believers. Climate action might be a fading priority for most people. However, despite the general collapse of public interest, there appears to be a stubborn core of true believers, who still genuinely expect to see climageddon in their lifetime – and who are prepared to part with lots of cash, to maximise their chances of surviving the disasters they imagine will occur.

Welcome to the climate survivalist movement. They have a book, The Handbook: Surviving and Living with Climate Change.. Their leaders speak at events with exciting names like Is Climate Change the New Apocalypse?.

According to the Australian ABC;

If you believe the overwhelming body of science predicting a two-degree increase in global surface temperatures over the next 50 years, you might want to start preparing. Luckily much of the hard work has been done for you and collated into a handy guide book, as Barbara Heggen reports.

Tasmania is one of the world’s hot spots (pun fully intended) for climate change survivalists.

One of the most helpful things in a crisis situation is having people around you who care about whether you live or die.

‘You want somewhere that’s going to be comfortable when it gets warmer, and that might have decent amount of rainfall. In Australia that’s Tasmania,’ says James Whitmore, one of the authors of The Handbook: Surviving and Living with Climate Change.

For the record Tasmania is a cold place, which just a few weeks ago suffered unusually heavy snowfalls – not exactly a part of the world known for its balmy tropical climate. But climate survivalism is not about observations, its about model predictions.

Wealthy activists like Naomi Klein might have made a lot of money, selling books which criticise capitalism and climate skepticism. The climate survivalists take this a step further, by providing believers with a roadmap which explains how to survive their fantasy fears.

If you truly believe the world is about to become a burning hell, advice from the likes of James Hansen, to migrate to colder climates like Switzerland, might really resonate. Or if you can’t afford to buy your way into Switzerland, there is always Tasmania.

65 thoughts on “Meet the Climate Survivalists: the new Consumer Demographic”