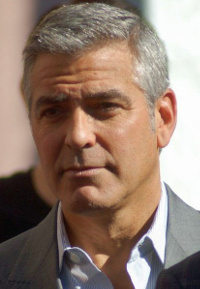 The Daily Beast reports that George Clooney has done the green thing – starred in a new big budget Summer eco-disaster film, which aims to make us feel bad about warm weather.

According to The Daily Beast;

… When was the last time Transformers made you think about your carbon footprint?

Cinematic ambition has long defined the summer movie season. That typically refers to how many different, new, and spectacular ways studios can blow up things, transport us to other dimensions, and delight us with whizbangs and kabooms.

Tomorrowland, as visually stunning of a blockbuster as we’ve ever seen, certainly boasts all that technical ambition. But what sets it apart from what we’re used to is a little bit of moral aspiration, too.

The ideas of Tomorrowland, if occasionally heavy-handed, are admirably resonant. How do you wake people up out of their somnambulant compliance and get them not just optimistic about the future, but engaged in charting the direction of it?

In fact, a lot of the scoffing at the film’s Big Idea ambition speaks to the jadedness and state of culture that Tomorrowland actually seeks to expose and confront. Given the rolled-eye reaction to a lot of it, perhaps the challenge is greater than even the film estimates. …

I’m an unashamed Clooney fan – movies like Three Kings, Gravity, Syriana, Clooney has starred in a lot of interesting, thought provoking movies. OK, some of the science was a bit wonky in Gravity, but it was still in my opinion a very watchable movie. The fact someone who normally demonstrates good taste, with his choice of which movie roles he accepts, has gotten mixed up in what looks like a heavy handed, preachy global warming flick – what a shame.