New from Cartoons by Josh

And maybe a court case too:

I’m hearing that Michael Mann’s case against the National Review has been dismissed, opening the way to a very expensive claim for costs. Story needs to be verified.

A Ouija board? Really! I thought they read the Washington post or asked someone like Al Gore or maybe Nancy or Chuck. I wouldn’t think that they would put their jobs on the line with something as unreliable as a Ouija board.

Could it be any worse than a computer model.

23
AGW is Not Science
Reply to  Alan

It’s undoubtedly BETTER than a “climate model;” at least its errors are random, as opposed to being inextricably connected with the input assumption errors, which guarantee the wrong answers 100% of the time.

16
Steve Case
Reply to  AGW is Not Science

Which isn’t what Climate “Scientists” and their government overseers want.

0
Jeff Alberts
Reply to  AGW is Not Science

Ouija board errors are random??

Yes it could be worse than a computer model.

Could it be any worse that the numerous failed predictions alarmists have made over the decades? They haven’t gotten one right yet.

I have found Ouija boards to be much more reliable than climate models.

They don’t pay out though.

They certainly tell you what you, or someone else with their hands on the thingy, exactly what they want it to say.

Speaking of funny stuff, here’s Dr. Stephen Schneider in Leonard Nimoy’s “In Search of the Coming Ice Age” in 1978:

The 1981 “Warming Warning” documentary is thought to be the earliest “Global Warming” alarm bell sounded by the media. So it’s been forty years. Isn’t forty a common number for bad things? Jesus spent forty days in the wilderness, Lizzy Borden’s forty whacks with an axe, Ali Babba and the forty thieves etc. Well anyway, Climate Change is having a fortieth birthday August 12th. And don’t forget it will be 33 years since Dr. James Hansen testified before congress this coming June 23rd.

It was a Ouija board made of bristlecone pines.

Made of bristlecone pines?

Conversely, Pilot Henry Dempsey was uninjured falling out of a commuter plane while it was in the air!

1
AGW is Not Science
Reply to  fretslider

Now if only he was carrying a ceremonial sword and accidentally cut the heads off of Nancy, Chuck and Occasional Cortex in the process!

Then his “day at the office” would not just be amusing, but actually productive!

0
Jeff Alberts
Reply to  AGW is Not Science

That’s a pretty low class comment. You’re stooping to the left’s level, hoping for the deaths of those you don’t like. Comment should really be removed.

It reminded my of Pres G Ford being unable to walk and chew gum at the same time. You guys pick ’em, eh?

That’s a common misconception brought to you by the biased, leftwing media.

President Ford was actually a pretty good college football player, in his time.

He was one of the most physically fit and well coordinated POTUSes ever. A couple of uncommon (to him) incidents on video, and Chevy Chase on SNL, and the rest is (unreal) history.

But then, we are pretty used to “unreal history” these days.

Well, if the leftwing media had said Biden tripped because of the injury he had sustained earlier while playing with his dog, they might have had a plausible explanation. But, instead, the leftwing media said the wind caused him to slip. How ridiculous! The wind was blowing about 10mph at the time.

Fox News has been making comparisons with the way the Leftwing media handled Biden’s stumble, and the way they handled Trump “tippy-toeing” down a ramp after giving a speech at the military academy.

The Leftwing Media made much of Trump’s slow, careful walk down the ramp, making it out like Trump was old and feeble. What they didn’t tell you was Trump was wearing leather-soled shoes which can be like walking on ice when you are walking down a metal ramp, as he was.

What the Leftwing media didn’t show (and Fox News didn’t either) was what happened when Trump got to the bottom of the ramp. Trump hopped off the ramp like a young vigourous man, and proceeded to walk normally across the lawn. But the propagandists didn’t show that part because it would have put the lie to their anti-Trump narrative.

They are such liars.

I see where a federal judge said yesterday that the New York Times and the Washington Post and most of the broadcast media were Democrat operatives posing as news people! He said this situation was a danger to the nation. He is exactly right. We need to put this guy on the Supreme court!

I’ve completely given up on MSM its too biased as you say. If a news topic is of concern it’ll likely be mentioned on wuwt and I’ll get a much more realistic account of what is really happening eg despite there still being much confusion about covid I consider I have a better understanding than those who just get there opinion given to them by the TV or a newspaper.

The media spent days talking about Trump walking slowly down a slippery ramp.

Biden tripping, twice, while going up the stairs? Crickets.

Be sure to check out the memes on NottheBee today.

Just a warm up for April Fool’s Day.

Maybe he should have been wearing some optics.
﻿

2
Bryan A
Reply to  Jeff Alberts

He definitely was wearing a mask though, unlike Kerry

4
gringojay
Reply to  Itdoesn't add up...

Beat me to it.

I thought Mr. Mann now has a clean face, which if so means you’ll have to update your cartoon rendering. Unfortunately a clean shaven caricature of Mann is going to look a lot like Charles Adams’s Uncle Fester.

6
AGW is Not Science
Reply to  Kevin kilty

Biden as Thing… all hands !

Sure he could find a young girl as Wednesday, so he could sniff the hair.

Stuck on Pugsli and Cousin Itt… any suggestions ?

What about Wednesday, Morticia and Gomez? Potentially a lot of material here.

Morticia and Gomez had CLASS and PIZAZZ..

No democrat could ever play those parts.

So , does that mean that he is a baldfaced liar ?
😉

Why are so many commenters here obsessed with how others look?

becuase that facial hir of Manns is a style absolutely identified with loony left climate believers and other leftegotists.

Is that griff and his sock-puppets? Needs more ‘House on Fire’.

You can write your own meme.

Is that griff he said something the other day about his house being on fire, perhaps he looks so calm enjoying his cup of tea because he expects rising sea levels to quench the flames.

NO WAY anything is going to burn around here. !!

And of course, according to Tim Flannery, climate guru.. dams will be empty

Except Warragamba Dam looks like it is going to overflow. ! 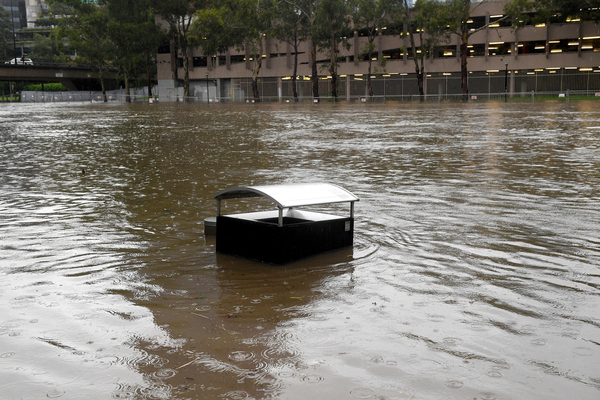 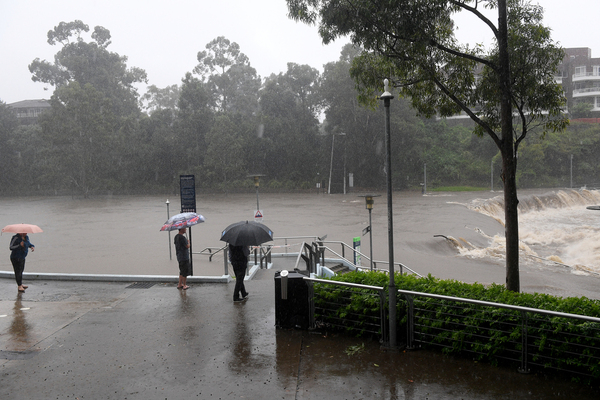 Hoping that Warragamba Dam can somehow cope and they don’t have to release the big spillway.. That would cause major flooding all down the Hawkesbury River.

This is getting serious. !

House washed away up on the north coast

yah nasty
newly weds or about to be, new home and their pets were drowned ;-((

warragamba topped around 3pm i gather
hoping we in sw vic see a few drops if you guys have had enough by now?
hope the floods that have reached inland qld n nsw also drown the damned mouse plague for you

That’s not a Ouija board they’re using to connect to the spirit world. It’s the day’s New York Times. Everyone knows the NYT is your disconnection from reality.

Aside: can someone please explain to me how greenhouse gases can cause coastal sealevel rise to be ~half that of ocean as a whole?

What happening is that there is a mountain of water building up in the middle of the oceans.

Coastal residents will be able to see it any day now ! 🙂

Oh, that link is all wrong, Zoe.

Everyone knows that sea level is rising twice as fast everywhere than is it everywhere else. It must be true. I read in in the NYT.
😜

Nice. Walter Munk, 20 years ago or more, published a paper arguing that tidal gauges seem to be located preferentially in non-representative places. If you think about the great ocean gyres, and the coriolis acceleration interaction with them, what you conclude, I think, is that coastal levels are going to rise with each slowdown of a gyre, and fall with each speed-up– an opposite effect to what goes on within the associated gyre.

I wonder about my own sanity sometimes – Peta Flew Over The Hockey Stick Nest.
Great fun tho

Quote: “”James Eller – It’s Beautiful Mike, It Really Is“”
Tis quite lovely. I was thinking of adding the word ‘chilled’
haha

Hey, it’s their method and they are going to stick with it.

Last edited 1 year ago by Tom in Florida
0
fred250

Those faces on Josh’s cartoon remind me of Mr Potato-Head. !

.
Update.. look who I found 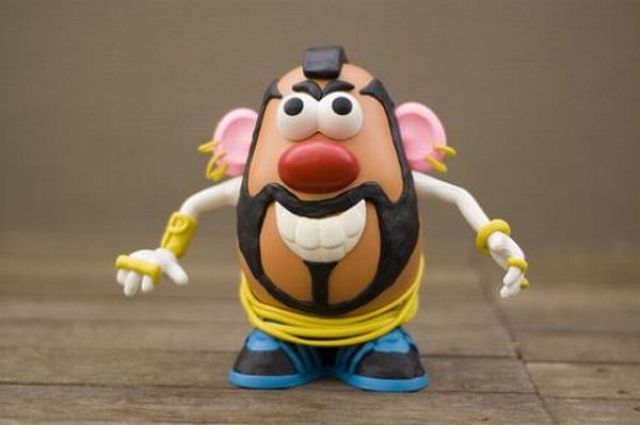 Keep up, havent you heard, its Zer Potatoehead now!

But, “perSON” has gender implications. It is not unlike replacing references to “mankind” with “huMANkind.”

And here I thought it was an Ouija Board and chicken bones that “settled” paleoclimate data. Silly me.