by Megan Brenan and Lydia Saad

This story is part of a special series on Americans’ views of the environment, global warming and energy.

Gallup’s annual survey about the environment, conducted March 1-8, found that Americans’ opinions about global warming, like many other issues, have increasingly become politically polarized.

“With Trump reversing many of his predecessors’ policies aimed at curbing global warming, Democrats are feeling a greater sense of urgency about the issue, while Republicans have either remained as skeptical as they had been in the past or have become more so,” reads Gallup’s poll analysis.

For example, the percentage of Republicans and Independents who believe global warming is caused by human activities fell 5 percent and 7 percent, respectively, from 2017 to 2018. Democrats, on the other hand, increasingly saw global warming as man-made. 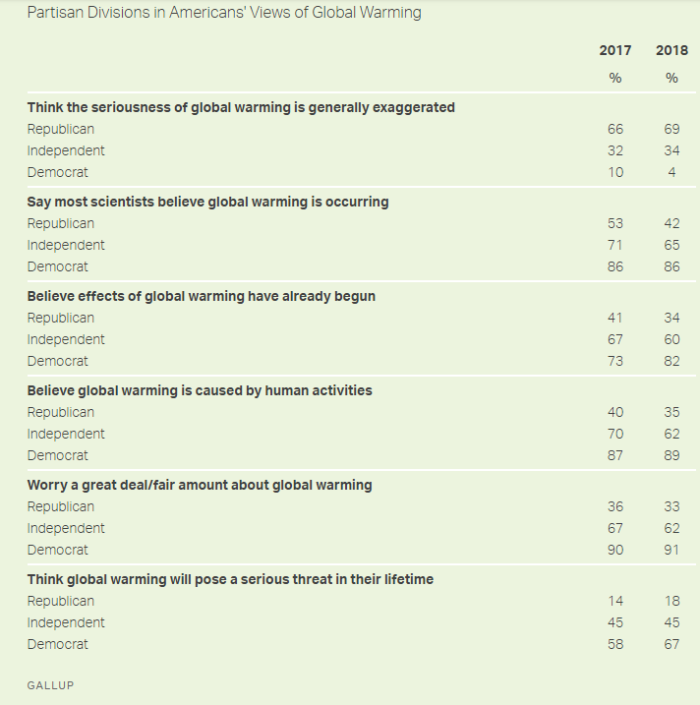