I just got back from going up north to see my friends, to investigate core drills for gold ore sampling … oh, and to see the eclipse.

We rolled out of home in our camper van, heading up the California coast. Me, I was still recuperating from running my thumb through my table saw. Grrr. Actually, it was a lucky accident, because a) it was my left thumb, which isn’t used in typing, and b) it didn’t hit the bone. Here’s what it looked like after my doc got done with the frankenstitch …

The ride up was lovely. We saw a herd of elk resting in a field, and then after a few miles, we flashed by a massive bull elk standing right on the shoulder of the road … what a magnificent creature.

Nightfall found us in Trinidad, north of Eureka. As is sometimes our custom, we stayed at the local casino. Every casino has its own policies about RVs. At Trinidad, they charge $20 per night, no electricity or water, but they did have internet.

Like most tribes, the folks from the Trinidad Rancheria had their history of bad faith from Washington. However, a hundred years ago the Government gave them sixty acres of land, which they have taken good care of. Here’s one of the earlier matriarchs of the tribe …

… and one of her descendants … 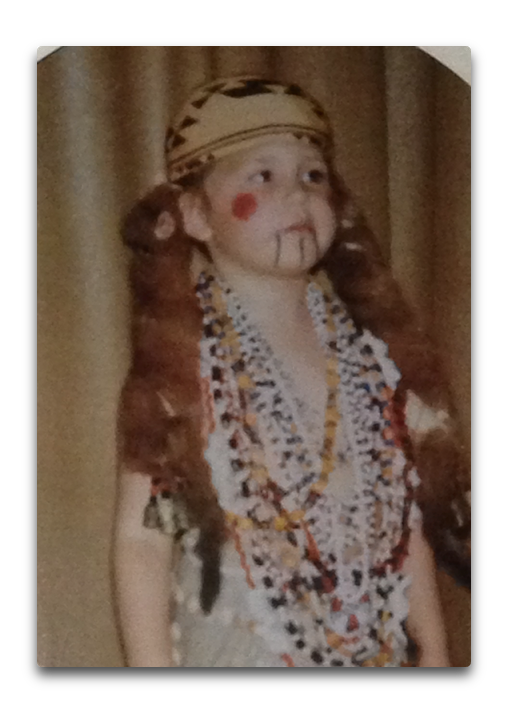 I’ve always enjoyed Trinidad. I fished commercially for bottomfish out of there fifty years ago, when they had a goofy system with railroad rails to launch the fishing boats and to get them back out of the ocean. Looking on Google Earth, I saw that they had installed a whole new dock, and what looked like a boat ramp. So I was shocked to see the same dinosaur system still in use, rolling boats in and out of the water on the rails. 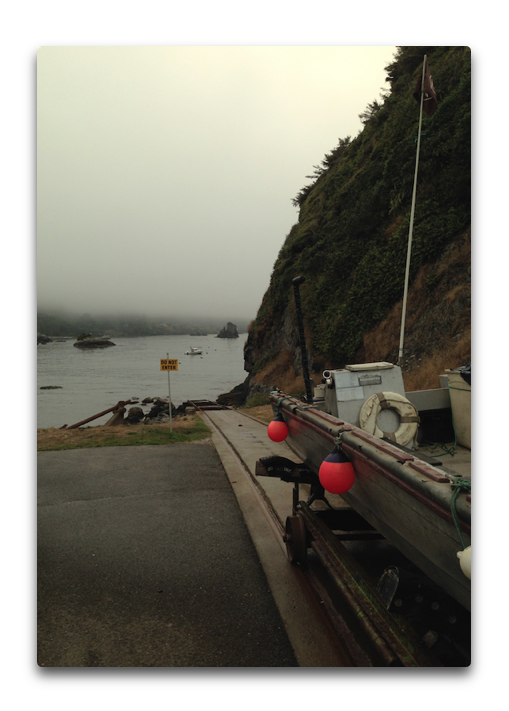 Hey, it worked for us fifty years ago, so why mess with a good thing? …

From there we went north to find the eclipse. As usual, I hadn’t made anything in the way of plans. I heard that Anthony was up north, but when I called I was bummed to find out that he was way east of me so we couldn’t meet up.

Now, as we were driving we kept seeing signs … “Eclipse Camp Sites, $100 per night” and the like. And the news was saying that every tourist spot in the neighborhood had jacked their prices through the roof.

We didn’t have a place to stay, so I looked at the list of local RV parks. I figured I wouldn’t find anything cheap. I saw a place called “Wandering Spirit RV Park”. I liked the name, so I called them … they had one spot left. I summoned my courage and asked how much it would cost … “$45 per night, two nights, that’s $90” … when we got there, the owners said they didn’t think it was ethical to charge outrageous prices.

Napoleon is reputed to have said “I don’t care how good my generals are … I just want them to be lucky”. I felt very, very lucky.

How lucky? The people in the site next to ours said they’d been kicked out of a Motel 6, the owners were charging $1,000 per night. So I called up the casino next door to see what their policy for RVs was. Every casino handles it differently. The man said, “Well, this weekend it’s $100 a night because of the eclipse.”

I said, “What’s your regular rate when there’s no eclipse?”

Our luck continued. The RV park was exactly in the center of the totality. I didn’t have any modern eclipse glasses, so here was my solution … 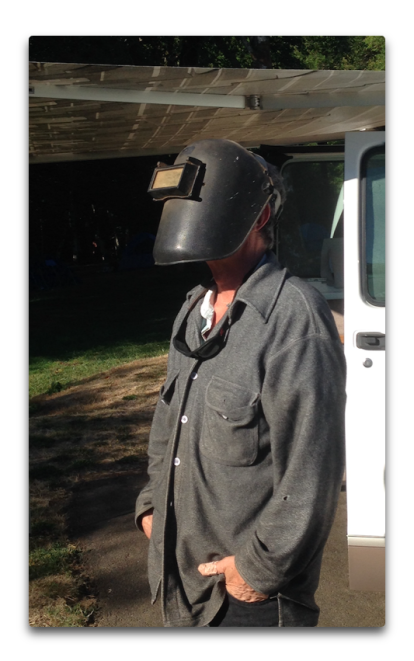 I knew that one welding lens wouldn’t be enough, so I cannibalized another old welding helmet I had and put both into the one mask … this is how cool doodz watch an eclipse.

I didn’t take any great eclipse photos like Anthony and Dr. Roy. I just had my cell phone. But it truly was as amazing as everyone has said, and we had crystal clear skies.

Now, inter alia I judge my trips based on how much I get surprised along the way. And the eclipse, in general, was indeed awesome … but mostly, it wasn’t surprising. The stars were lovely when they came out, and seeing the corona evenly surrounding the moon was an experience of a lifetime … but I expected to see them.

However, there were two things that I didn’t expect about the eclipse. The first were the contrails. Not sure why, but they stayed bright as the sky darkened, and when the eclipse was at totality they stood out as brilliant bars across the sky.

The other surprise was the shadows. Not the eclipse-shaped spots of light that other people have pointed out, although we saw them too, but I expected those.

The unexpected oddity was that as totality approached, the shadows all got sharper and sharper. There were a number of small plants growing by the side of the road. Near totality, even the tiniest branches cast a precise, finely delineated shadow that made a most beautifully detailed lace-like tracery on the pavement.

After some thought, it was obvious that it is the width of the sun that washes out shadows of fine stalks and stems. The light from one side of the sun erases the shadow cast by the light from the other side of the sun. But just before totality, the light is coming from only a sliver of the sun, and as a result, we got the loveliest elegant finely delineated shadows.

After the totality, we got on the road and headed north to the Columbia River. Our friends John and Ally Whitlatch hold an annual fish camp at the mouth of the river. This year the fishing sucked, nobody was catching. I hooked one, but it got away … as they say, that’s why they call it “fishing” instead of “catching”. And besides, I go there for the people. If I catch a fish, that’s a bonus.

In the evening, we sat around the campfire drinking whiskey and telling lies. My thumb was finally good enough to play guitar again. Jim was there again this year, he’s older than I am. So I played “All Along The Watertower, Waiting For The Train” in his honor. It’s an old time song from 1928 by Jimmy Rodgers, the Singing Brakeman. The music and the stories flowed on and on … life is good, especially when there is a campfire involved.

Anyhow, that was our eclipse trip. It was very smokey on the way back south, with six major forest fires raging across the north end of the state. The smoke was so thick we drove right by Mount Shasta and couldn’t see it at all.

Back home now, it’s a lovely sunny late summer day. My daughter and son-in-law are up visiting, that always makes for a wonderful weekend.

And for all of you, I wish that you, too, will be lucky in your lives, and that you have the world surprise you at every turn.