From the regulate the masses anyway we can department: 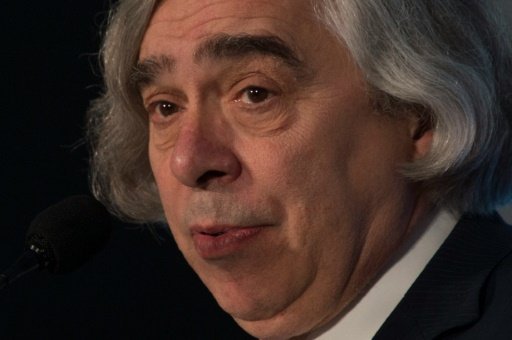 NEW YORK (AFP) – US Energy Secretary Ernest Moniz on Monday predicted that the world’s largest economy would have legislation by the end of the decade to combat climate change.

His optimism comes despite intense political debate in the United States with Republican presidential candidate Donald Trump vowing to scrap the Paris climate accord if elected on November 8.

But Moniz, opening the annual Climate Week of events in New York on the sidelines of the UN General Assembly, said that US public opinion and state and local policymakers were moving toward reducing carbon responsible for the planet’s fast-rising temperatures.

“I will state quite frankly, I have a bet riding on the fact that we will have economy-wide legislation in the Congress by the end of this decade. I really believe that this is coming,” he said, joking that as a physicist he believed in “rationality.”

Legislation to create the first nationwide carbon caps in the United States, the world’s second-largest emitter after China, died in the Senate in 2010, with little prospect seen for action after the Republicans took control.

President Barack Obama instead has relied on executive authority to take measures such as regulating power plants and fuel standards.

Moniz said that the United States was confident it would meet its goal submitted under the Paris accord of reducing emissions of carbon and other greenhouse gases by 26 to 28 percent by 2025, from 2005 levels.

“But I think there’s no issue that rather than a sectoral approach, which is inherent in using administrative authorities, a simplified economy-wide approach would be preferable and, frankly, would be a lot clearer in terms of the signals for business,” Moniz said.

The United Nations is hoping that this week’s meetings will put in force the Paris accord, which requires formal agreement by 55 countries accounting for 55 percent of global emissions.

The accord got a major boost earlier this month when Obama and Chinese President Xi Jinping jointly committed themselves to the global climate pact.

107 thoughts on “Government energy policy wonk predicts U.S. will have climate laws by end of decade”