I don’t usually go for this sort of language, but sometimes, you just have to bow to the absurd, dive in, and say things in language that simple minded people will understand. Such is the case of Massachusetts Attorney General Maura Healey who yesterday expanded the #ExxonKnew documents probe to organizations that don’t even take funding from Exxon. His advocacy group, the Center for Industrial Progress, was named in an April 19 subpoena for 40 years of internal company documents and communications. Clearly, Ms. Healey must have been asleep in class when the 1st and 4th amendments were discussed and is abusing her position of power.

Alex Epstein, who got a subpoena, posted his response on Twitter: 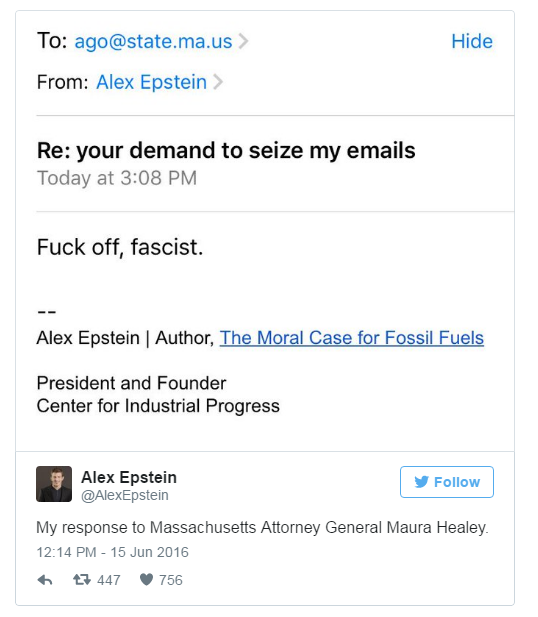 Lest you think Alex is one of those “old white guys” that alarmists like to stereotype, have a close look at his picture: 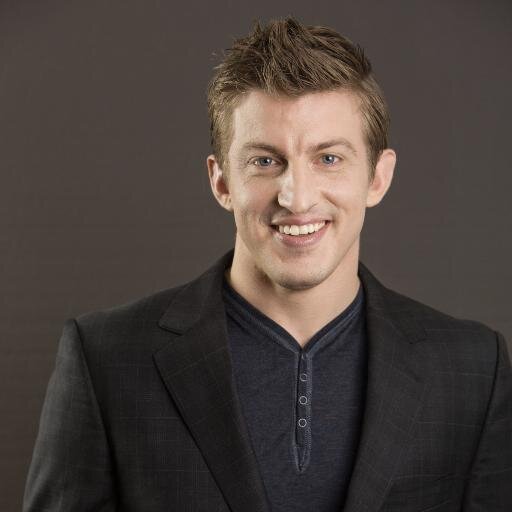 He has written a book: The Moral Case For Fossil Fuels and it seems to me, that very sensible book has made him a target.

I think his response, vulgar as it was, was also entirely appropriate.

The First Amendment (Amendment I) to the United States Constitution prohibits the making of any law respecting an establishment of religion, impeding the free exercise of religion, abridging the freedom of speech, infringing on the freedom of the press, interfering with the right to peaceably assemble, or prohibiting the petitioning for a governmental redress of grievances.

The Fourth Amendment of the U.S. Constitution provides, “[t]he right of the people to be secure in their persons, houses, papers, and effects, against unreasonable searches and seizures, shall not be violated, and no Warrants shall issue, but upon probable cause, supported by Oath or affirmation, and particularly describing the place to be searched, and the persons or things to be seized.”

202 thoughts on “Quote of the week: Best response to #RICO20 #ExxonKnew Attorney Generals ever”