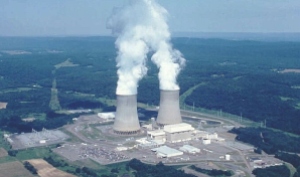 Illinois nuclear plant operators have demanded more subsidies, to help keep unprofitable nuclear plants open, to prevent a surge of fossil fuel usage which they claim will occur if they are closed. If the British experience is any guide, this is just the beginning.

State lawmakers are debating whether to keep ailing nuclear plants alive. The outcome will set a precedent for more states to come.

With hard times setting in for some nuclear power plants, Illinois state legislators are trying to decide whether they should put nuclear facilities on life support, or lay them to rest early.

A combination of market forces and policy choices has made the nuclear business tougher in recent years, and that’s the case at two facilities in Illinois operated by Exelon. The company is telling lawmakers that the money-losing reactors will have to be brought offline prematurely unless the state lends support. That would result in lost jobs and a big dip in the state’s capacity to produce electricity—one that could have dirty, carbon-burning power plants stepping up to close the gap. With jobs, tax dollars, and environmental quality at stake, it’s turned into a dramatic battle in the final days of the state’s legislative session.

Exelon is searching for a way to subsidize the struggling plants, arguing that the steady, zero-carbon energy source is a public good worthy of public support. One idea in particular is dividing environmental groups: Should nuclear plants, by virtue of being carbon-free, be grouped in with solar, wind, and other renewable energy sources in state initiatives to clean up the grid? It’s a dilemma that could soon spill over into other states as the business and policy landscapes change around clean energy.

In Britain, heavy handed government intervention destroyed a once healthy energy market. The British market is now a patronage driven disaster, where everyone demands special treatment.

In the words of Amber Rudd, the British Government Energy Secretary;

What has this left us with?

We now have an electricity system where no form of power generation, not even gas-fired power stations, can be built without government intervention.

And a legacy of ageing, often unreliable plant.

Perversely, even with the huge growth in renewables, our dependence on coal, the dirtiest fossil fuel, hasn’t been reduced.

Indeed a higher proportion of our electricity came from coal in 2014 than in 1999.

The problem is, renewables need huge government subsidies to attract investment. But subsidising renewables, and giving them priority access to the grid, makes other forms of energy uneconomical – if you have to keep cycling your gas, coal or nuclear plant up and down, depending on whether the wind is blowing, it is impossible to make a profit.

Renewables are too unreliable to replace other sources of energy. Politicians quickly learn that they cannot allow now unprofitable fossil fuel and nuclear power companies to fail.

Guess what happens next? As soon as energy companies catch on that the politicians have taken over, that it is no longer the job of energy companies to keep the grid stable, everyone gets into the government handout game, even coal plant operators. They all demand and receive their own slice of the subsidy cake.

British politicians thought they were in charge of energy policy. Instead they have been captured by energy companies, who have learned through experience that politicians have far more to lose when the electricity grid fails than they do.

If politicians don’t act fast, to restore sanity to US energy markets, the same thing will happen to America.

172 thoughts on “Nuclear Demands a share of Illinois Carbon Subsidies”