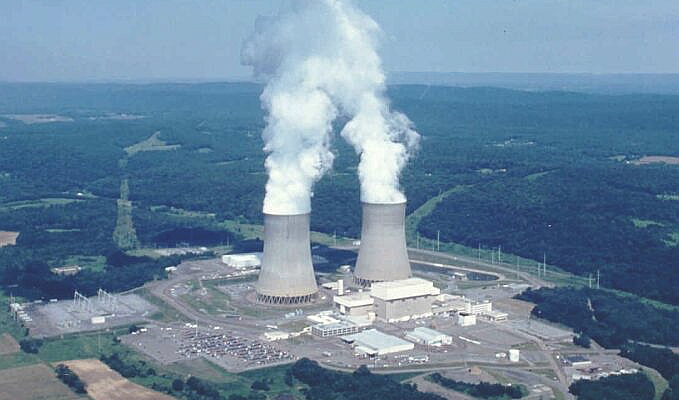 The Hindu reports on a fascinating top level debate occurring at a conference in India, between politicians and energy experts. The energy experts are struggling to understand why nuclear power is not the favoured Western option for reducing CO2 emissions.

… Pointing out that countries such as Germany, France, Switzerland and Austria were either committed to closing down nuclear plants or opposing nuclear renaissance, he [Governor P. Sathasivam] stressed the need to formulate a new approach between nuclear enthusiasts and opponents. A former Ambassador and governor for India at the International Atomic Energy Agency, Vienna, Mr. Sreenivasan said India, China, and Russia were the only countries enthusiastic about nuclear power today.

Striking a different stand, Ashok Chauhan, Director (Technical), Nuclear Power Corporation of India, said the increase in greenhouse gas (GHG) emissions posed a greater threat to the world than nuclear energy. “In fact, nuclear energy offers a solution to the threat posed by greenhouse gases that are responsible for climate change and rise in sea level.”

Mr. Sreenivasan, who chaired the session, pointed out that the Paris climate change summit had not endorsed nuclear energy as a solution to the problem caused by GHG emissions.

I suspect it won’t take the Indian energy experts long to conclude that Western opposition to nuclear power is irrational, which will likely lead them to question the legitimacy of other things Western “experts” have told them.

Former NASA GIS director James Hansen, and a handful of other leading climate alarmists, have repeatedly stated, that the only plausible means of reducing CO2 emissions, is a vast expansion of nuclear capacity.

But as the Indian energy experts will quickly discover, pointing out the bleeding obvious to green fanatics rapidly leads to bullying and name calling – even if you are James Hansen.