From STOCKHOLM UNIVERSITY and the “methane bomb is so yesterday” department: 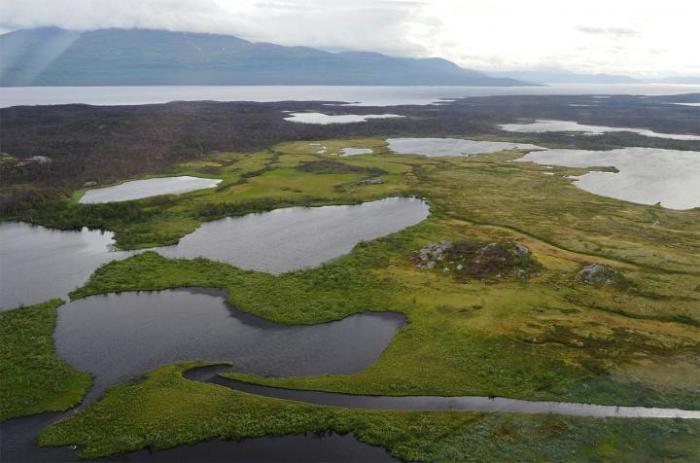 Methane is increasing in the atmosphere, but many sources are poorly understood. Lakes at high northern latitudes are such a source. However, this may change with a new study published in Nature Geoscience. By compiling previously reported measurements made at a total of 733 northern water bodies – from small ponds formed by beavers to large lakes formed by permafrost thaw or ice-sheets – researchers are able to more accurately estimate emissions over large scales.

“The release of methane from northern lakes and ponds needs to be taken seriously. These waters are significant, contemporary sources because they cover large parts of the landscape. They are also likely to emit even more methane in the future”, says Martin Wik, PhD student at the Department of Geological Sciences and Bolin Centre for Climate Research, Stockholm University, who led the study.

With climate warming, particularly at high northern latitudes, longer ice-free seasons in combination with permafrost thaw is likely to fuel methane release from lakes, potentially causing their emissions to increase 20-50 precent before the end of this century. Such a change would likely generate a positive feedback on future warming, causing emissions to increase even further.

“This means that efforts to reduce human induced warming are even more urgent in order to minimize this type of feedback of natural greenhouse gas emissions. In a sense, every reduction in emissions from fossil fuels is a double victory”, says David Bastviken, Professor at Tema Environmental Change, Linköping University.

Here is the current graph of methane concentration at the Mauna Loa observatory, plus a graph to 2005  with latitude component: 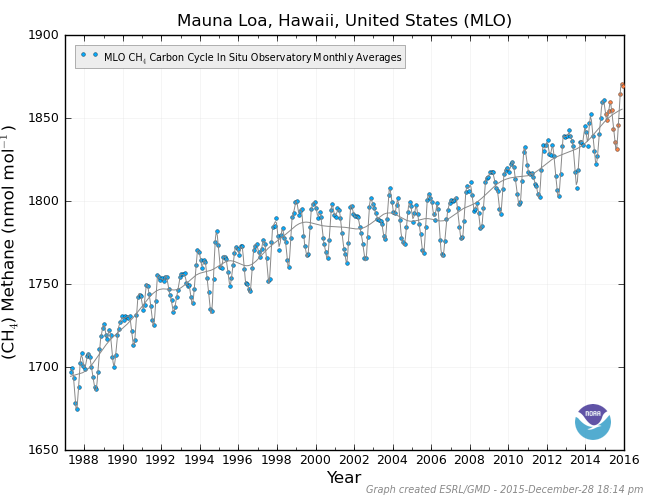 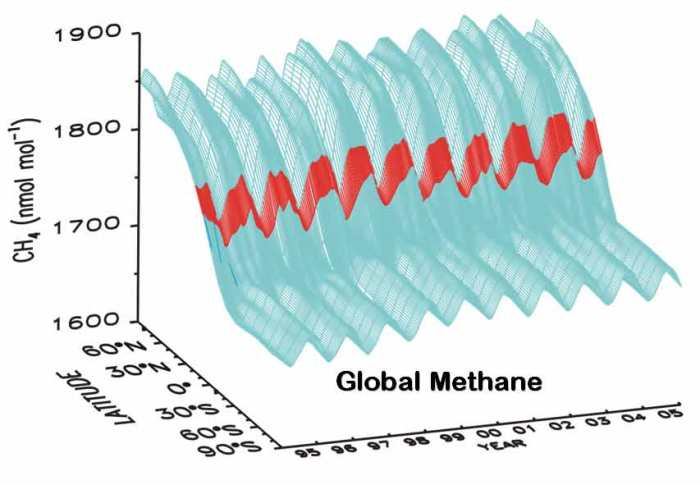 They note on their web page:

Methane was steadily increasing in the 1980’s, it’s growth rate slowed in the 1990’s, and it has had a near-zero growth rate for the last few years.

From the graph, it appears that methane is mostly a northern hemisphere problem, most likely due to leaks from natural gas wells, and distribution systems, which is a relatively easy to solve problem. For example:

The ‘methane hotspot’ identified in the Four Corners area of the U.S. Southwest can be fixed with some preventative maintenence

Then there’s the natural component, in the Atlantic: 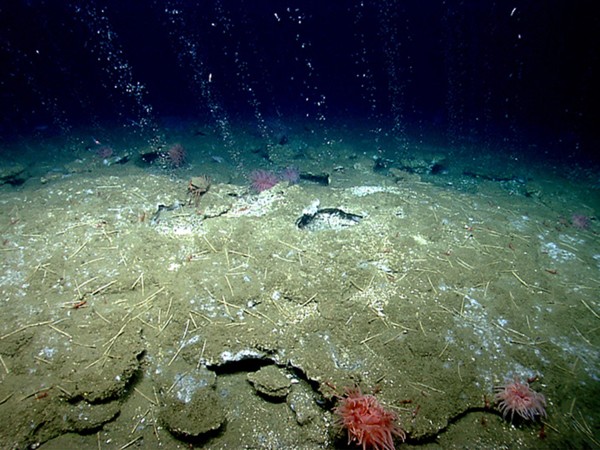 Natural methane seeps off the U.S. coast may have been active for thousands of years. CREDIT: 2013 NORTHEAST U.S. CANYONS EXPEDITION/NOAA OKEANOS EXPLORER PROGRAM

And then there’s these two studies:

I just can’t get too worked up about Arctic methane. Even Gavin Schmidt thinks it is implausible:

Gavin on why the Arctic methane alarm is implausible