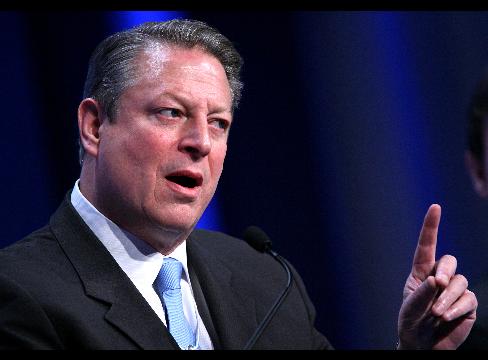 According to Al Gore;

“I think Arctic drilling is insane. I think that countries around the world would be very well advised to put restrictions on drilling for oil in the Arctic ocean,” Gore told the Guardian in Toronto, where he was passing on his techniques for talking about the climate crisis to 500 new recruits from his Climate Reality Project.

As conventional fields decline, the Arctic is the last frontier of the oil era, containing more than 20% of the world’s undiscovered, recoverable oil and gas. But after the BP oil disaster five years ago, the risks of offshore oil drilling are all too clear – and Arctic drilling should not go ahead, Gore said.

“I think the Deepwater Horizon spill was warning enough. The conditions are so hostile for human activity there. I think it’s a mistake to drill for oil in the Arctic. I think that ought to be banned,” Gore said.

By any reasonable measure President Obama is the greenest president ever, but I guess there is no pleasing some people.