Radiative physics of CO2 is a contentious issue at WUWT’s crowd but to someone like myself, this is not where the argument against AGW exists.  I’m going to take a crack at making the issue so simple, that I can actually convince someone in blogland.  This post is in reply to Tom Vonk’s recent post at WUWT which concluded that the radiative warming effect of CO2, doesn’t exist.  We already know that I won’t succeed with everyone but when skeptics of extremist warming get this wrong, it undermines the credibility of their otherwise good arguments.

My statement is – CO2 does create a warming effect in the lower atmosphere.

Before that makes you scream at the monitor, I’ve not said anything about the magnitude or danger or even measurability of the effect. I only assert that the effect is real, is provable, it’s basic physics and it does exist.

From Tom Vonk’s recent post, we have this image: 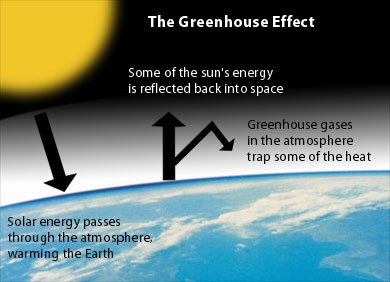 Short wavelength light energy from the sun comes in, is absorbed, and is re-emitted at far longer wavelengths.  Basic physics as determined by Planck, a very long time ago.  No argument here right! 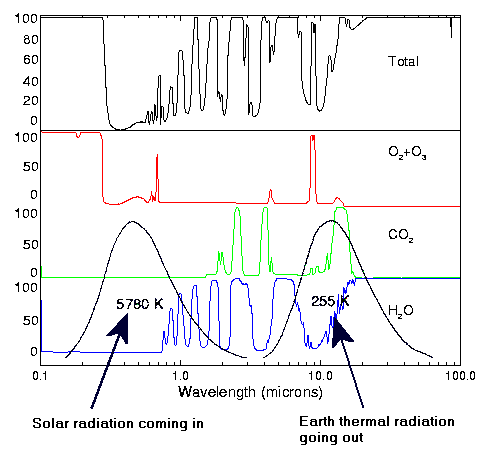 Figure 2 – Absorption curves of various molecules in the atmosphere and Planck curve overlay.

What is nice about this plot though is that the unknown author has overlaid the Planck spectrums of both incoming and outgoing radiation on top of the absorption curves.  You can see by looking at the graph (or the sun) that most of the incoming curve passes through the atmosphere with little impediment.  The outgoing curve however is blocked – mostly by moisture in the air – with a little tiny sliver of CO2 (green curve) effective at absorption at about 15 micrometers wavelength (the black arrow tip on the right side is at about 15um wavelength).  From this figure we can see that CO2 has almost no absorption for incoming radiation (left curve), yet absorbs some outgoing radiation (right curve).  No disagreement with that either – I hope.   Tom Vonk’s recent post agrees with what I’ve written here.

So what causes the atmospheric warming?

Air temperature is a measure of the energy stored as kinetic velocity in the atoms and molecules of the atmosphere.  It’s the movement of the air!  Nothing fancy, just a lot of little tiny electrically charged balls bouncing off each other and against the various forces which hold them together.

Air temperature is an expression of the kinetic energy stored in the air.  Wiki has a couple of good videos at this link.

“Warming” is an increase in that kinetic energy.

So, to prove that CO2 causes warming for those who are unconvinced so far, I attempted a thought experiment yesterday morning on Tom Vonk’s thread.   Unfortunately, it didn’t gain much attention.  DeWitt Payne came up with a better example anyway which he left at tAV in the comments.  I’ve modified it for this post. 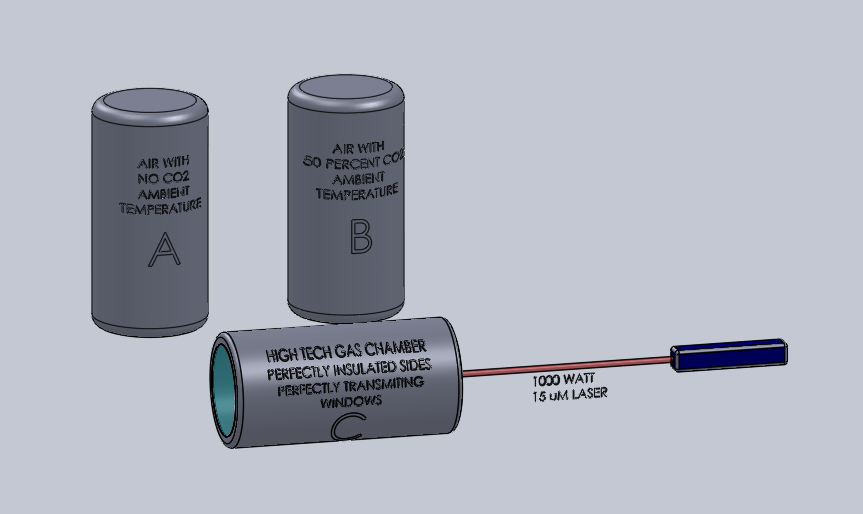 Figure 3- Experimental setup. A – gas can of air with all CO2 removed at ambient temp and standard pressure. B – gas can of air diluted by 50 percent CO2, also at ambient temp and standard pressure. C ultra insulated laser chamber with perfectly transparent end window and a tiny input window on the back to allow light in from the laser. Heat exit’s the single large window and cannot exit the sides of the chamber.

Figure 4 is a depiction of what happens when  C contains a vacuum. 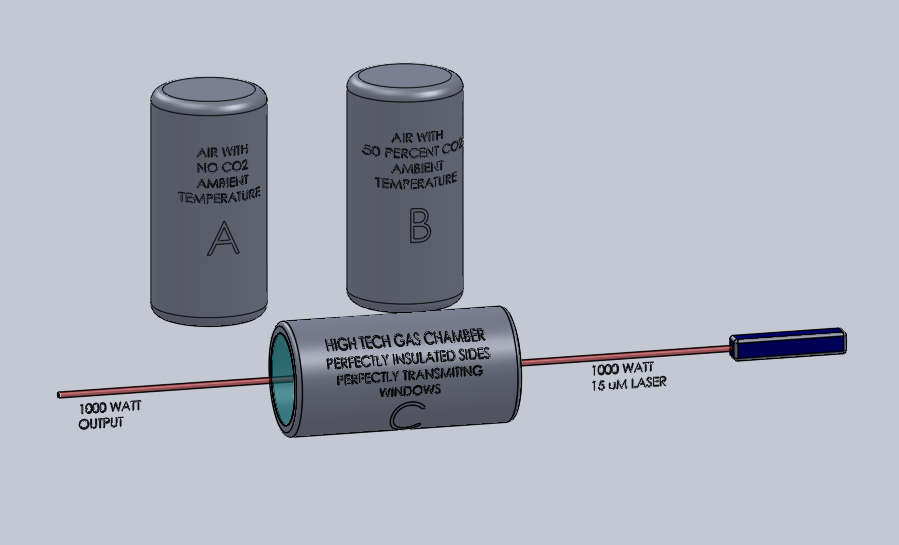 The example in Figure 5 is filling tank C with air from tank A air (zero CO2) at the equilibrium state. 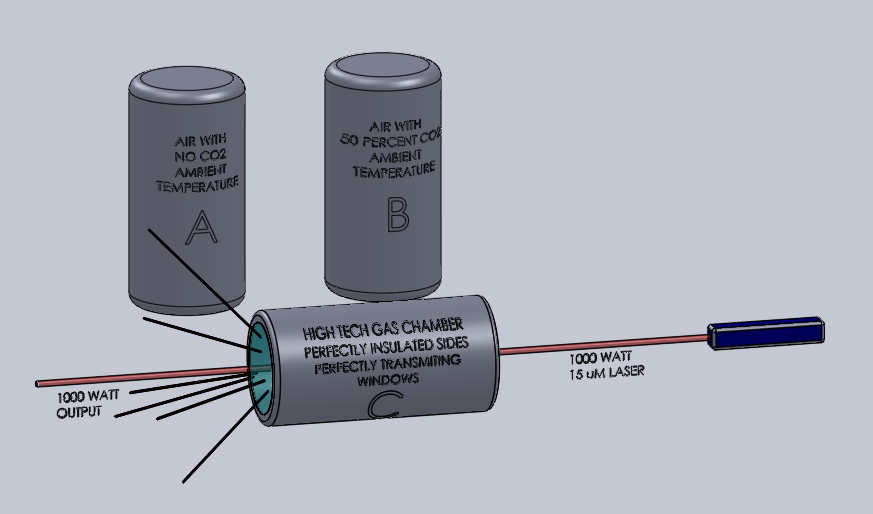 Figure 5 – Equilibrium of hypothetical system filled with zero CO2 air from canister A.

What happens when we instantly replace the no-CO2 air in chamber C with the 50% CO2 air mixture in B? 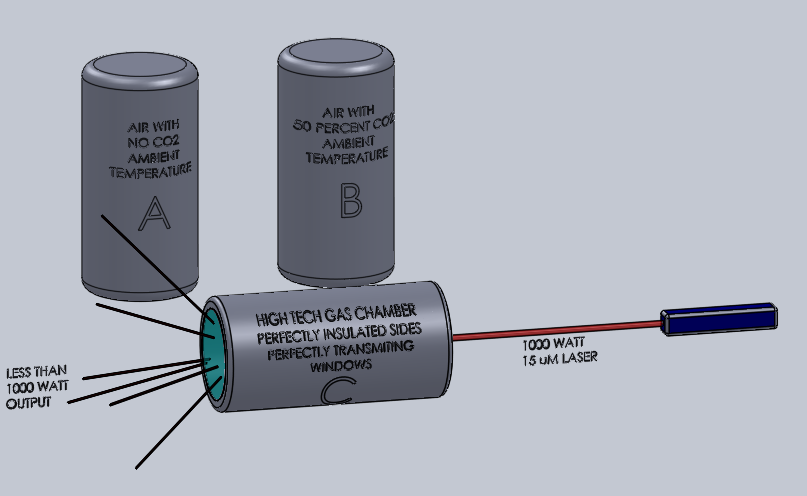 From the perspective of 15 micrometer wavelength infrared laser, the CO2 filled air is black stuff.  The laser cannot penetrate it.  At the moment the gas is switched, the laser beam stops penetrating and the 1000 watts (or energy per time) is added to the gas.  At the moment of the switch, the gas still emits the same random energy as is shown in Figure 5 based on its ambient temperature, but the gas is now absorbing 1000 watts of laser light.

As it heats, emissions from the window increase in energy according to Planck’s blackbody equation.  Eventually the system reaches a new equilibrium temperature where the output from our window is exactly equal to the input from our laser – 1000 watts. Equilibrium! – (Figure 7) 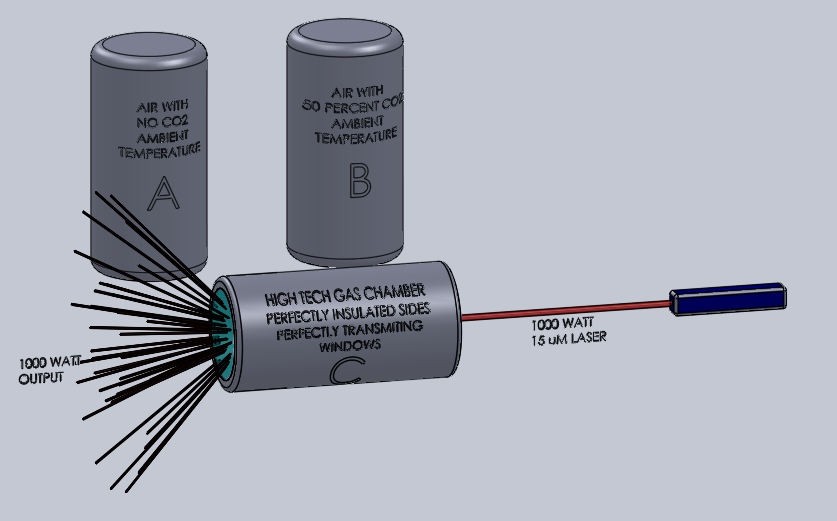 Figure 7 – Equilibrium reached when gas inside chamber C heats up to a temperature sufficient to balance incoming light energy..

The delay time between the instant the air in C is switched from A type air to B air to the time when C warms to equilibrium temperature is sometimes stated as a trapping of energy in the atmosphere.

So from a few simple concepts, two gasses at the same temp, one transparent the other black (at infrared wavelengths), we’ve demonstrated that different absorption gasses heat differently when exposed to an energy source.

How does that apply to AGW?

The difference between this result and Tom Vonk’s recent post, is that he confuses equilibrium with zero energy flow.  In his examples and equations, he has a net energy flow through the system of zero, which is fine. Where he goes wrong is equating that assumption to AGW.

What we have on Earth, is a source of 15micrometer radiation (the ground) projecting energy upward through the atmosphere, exiting through a perfect window (space) – sound familiar?   Incoming solar energy passes through the atmosphere so we can ignore it when considering the most basic concepts of CO2 based warming (this post), but it is also an energy flow.  In our planet, the upwelling light at IR wavelengths is a unidirectional net IR energy flow (figure 2 – outgoing radiation), like the laser in the example here.

Of course adding CO2 to our atmosphere causes some of the outgoing energy to be absorbed rather than transmitted uninterrupted to space (as shown in the example), this absorption is converted into vibrational and translational modes (heating). Yes, Tom is right, these conversions go in both directions.  The energy moves in and out of CO2 and other molecules, but as shown in cavity C above, the gas takes finite measurable time to warm up and reach equilibrium with space (the window), creating a warming effect in the atmosphere.

None of the statements in this post violate any of Tom’s equations; the difference between this post and his, is only in the assumption of energy flow from the Sun to Earth and from Earth back to space.  His post confused equilibrium with zero flow and his conclusions were based on the assumed zero energy flow.   The math and physics were fine, but his conclusion that insulating an energy flow doesn’t cause warming is non-physical and absolutely incorrect.

Oddly enough, if you’ve ever seen an infrared CO2 laser cut steel, you have seen the same effect on an extreme scale.

So finally, as a formal skeptic of AGW extremism, NONE of this should create any alarm.  Sure CO2 can cause warming (a little) but warmer air holds more moisture, which changes clouds, which will cause feedbacks to the temperature.   If the feedback is low or negative (as Roy Spencer recently demonstrated), none of the IPCC predictions come true, and none of the certainly exaggerated damage occurs. The CO2 then, can be considered nothing but plant food, and we can keep our tax money and take our good sweet time building the currently non-existent cleaner energy sources the enviro’s will demand anyway.  If feedback is high and positive as the models predict, then the temperature measurements have some catching up to do.

Even a slight change in the amount of measured warming would send the IPCC back to the drawing board, which is what makes true and high quality results from Anthony’s surfacestations project so critically important.

This is where the AGW discussion is unsettled.

My thanks to Jeff for offering this guest post – Anthony

346 thoughts on “A reply to Vonk: Radiative Physics Simplified II”