Editor’s Note: This advisory was updated Dec. 20 to reflect that the Dec. 21 prelaunch media briefing will take place as a teleconference, and to update the list of participants.

NASA will provide coverage of prelaunch, launch, and postlaunch activities for the James Webb Space Telescope, the world’s largest and most powerful space science telescope.

Webb is targeted to launch at 7:20 a.m. EST Saturday, Dec. 25, on an ESA-provided Ariane 5 rocket from Europe’s Spaceport in Kourou, French Guiana, on the northeastern coast of South America.

Live launch coverage in English will begin at 6 a.m. on NASA TV, the NASA app, and the agency’s website. The public can also watch live on Facebook, Twitter, YouTube, Twitch, and Daily Motion. NASA also will offer a launch broadcast in Spanish beginning at 6:30 a.m. on the agency’s Spanish-language social media accounts and online. NASA will hold a prelaunch briefing at 2 p.m. on Tuesday, Dec. 21, and a postlaunch news conference approximately 30 minutes after the live launch broadcast ends on Saturday, Dec. 25.

The Webb mission, an international partnership with the European Space Agency (ESA) and Canadian Space Agency, will explore every phase of cosmic history – from within the solar system to the most distant observable galaxies in the early universe, and everything in between. Webb will reveal new and unexpected discoveries and help humanity understand the origins of the universe and our place in it.

Full mission coverage is as follows. All times are Eastern, and information is subject to change.

At 2 p.m. Tuesday, Dec. 21, NASA will hold a prelaunch media teleconference with the following participants:

To participate by telephone in either briefing, media must RSVP no later than two hours before the start of the briefing, to Laura Betz at: laura.e.betz@nasa.gov. Media and members of the public may also ask questions on social media using #UnfoldtheUniverse.

On launch day, a “clean feed” of the launch without commentary will be available by satellite feed. The uplink will begin at 7 a.m. and continue for an hour after launch. The clean feed will also be available on the Washington AVOC.

Launch coverage audio will be available via this satellite feed as well, with audio channels for English-, French-, and Spanish-language launch commentary, as well as “mission audio” without commentary.

Hosted by Begoña Vila, Webb instrument systems engineer, NASA’s broadcast of the launch in Spanish will include interviews with Hispanic members of the mission and live commentary from Kourou by Vila and ESA engineer Julio Monreal.

News media and educational institutions interested in sharing the stream of the show can contact María José Viñas at: maria-jose.vinasgarcia@nasa.gov.

Members of the media seeking interviews about Webb’s launch should fill out this media interview request form.

Members of the public can register to attend launch virtually. NASA’s virtual guest program for the mission includes curated launch resources, notifications about related opportunities or changes, and a stamp for the NASA virtual guest passport following a successful launch.

As NASA prepares for Webb to #UnfoldTheUniverse, the agency invites the public to join the James Webb Space Telescope social event on Facebook. Participants will be joined by NASA, ESA, the Canadian Space Agency, and the Space Telescope Science Institute. Stay up to date on the latest mission activities, interact with Webb experts in real-time, and watch the live launch broadcast with an interactive chat.

Watch and Engage on Social Media

For more information about the Webb mission, visit:

Merry Christmas to all people here, independently of their opinion.

Let us hope that the Ariane 5 team will tell us about their success wenn the Webb guy ‘lands’ at its Lagrange garage.

Merry Xmas to all and on top of the telescope Italy is working on inductive highway charging for Tesla fans-
Italy’s Inductive Charging Highway Project Moves Into Testing (msn.com)

While Russia is working on Nordstream2 for those needing some affordable warming-
Putin says Europe only has itself to blame for surging gas prices (msn.com)

So pressies for everyone if Santa can deliver.

h/t gringojay a couple of threads before… 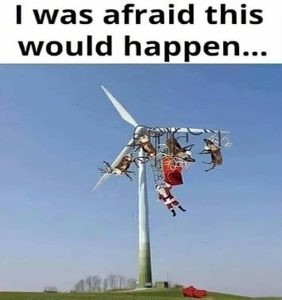 AFAIK it could take a year of maneuvering before the first images come in.

Maneuvering to get to L2. WMAP was/is there, Planck, Gaia too. Ok, some say 29 day transfer, but somewhere I heard a 1 year run-up. It is already 10 years late, 10 times over budget (not sure why).

Here’s a pretty good summary of the Webb telescope:

This video resolves many questions about this amazing endeavor’s creation.

Thank you Alan for the video link. Very interesting! I will will be subscribing to the “Curiosity Stream” plan (as offered at the end) soon as I can figure out the streaming procedures for my viewing resources here at home.

Does the “Curiosity Stream” plan include both Nebula and Real Engineering as a complete package deal. I do not subscribe to any cable service. Thanks again!

Webb will need to actively keep its orientation to stay at L2, but I don’t think it requires much propellant to stationkeep.

The Chinese lunar communications satellite is located at the Earth/Moon L2.

That’s right.
On the team’s to do list is, engineering a mission to refuel the Webb machine.

… a year of maneuvering before the first images come in

Took longer than I expected (10s of minutes rather than 10s of seconds …), but a “quick” Internet search came up with the following.

3RD MONTH: … By the end of the third month we will be able to take the first science-quality images. Also by this time, Webb will complete its initial orbit around L2.

4TH – 6TH MONTHS: At about 85 days after launch we will have completed the optimization of the telescope image in the NIRCam. Over the next month and a half we will optimize the image for the other instruments. We will test and calibrate all of the instrument capabilities by observing representative science targets.

AFTER 6 MONTHS: Webb will begin its science mission and start to conduct routine science operations.

So it looks like we should start to get “first light” images at the end of March / beginning of April, with “representative science target” images over the following 3 months before “full operations” start in June / July.

Looking at the actual measured WMAP L2 orbits above, I wonder if WEBB is so sensitive it will have to compensate for such an erratic ¨platform¨?

Besides, we already have Dark Matter, Dark Energy, and WEBB will not be able to look beyond the Dark Ages (no kidding!).

WEBB will see through golden mirrors darkly – to paraphrase Plato.

The after launch briefing said that it will be six months before the Webb telescope is fully deployed at it’s destination.

Just watched it rocket off. So, what will replace rocket fuel when we arrive at clean and green energy nirvana? batteries?

Remember the guy who proposed a steam powered rocket with batteries to continue heating the water to make more steam? I haven’t seen any more along those lines. Maybe a real engineer or scientist did an energy balance to show why this can’t work.

The UAPs don’t use fossil fuels- only clean and green warp drives.

We need us one of those warp drives.

The space shuttle main engines were hydrogen/lox fuel, so it was a steam powered rocket. No batteries needed.

how did they make the H fuel? Without any fossil fuels?

That’s interesting — I did not know that (Johnny Carson).

I am a bit late to the party (great one at that) and the following link is a good place to start for those who are less knowledgeable than a ‘rocket scientist’ !!!! lol
https://webb.nasa.gov/content/about/orbit.html

I always wanted a telescope for Christmas. 🙂

I got one as a kid. Looked at the moon and freaked out. Of course I knew it was spherical but it doesn’t really look spherical to the naked eye. But in the scope, it was like looking at a basket ball held at arms length- and I could easily see craters. I found that thrilling- that was back around the time that JFK called for the moon mission.

About that same time I got my first microscope. Fun times. Now I’m 70 and I just found a pretty good working microscope in a thrift shop a few weeks ago. More fun. Yay!

The problem with a telescope is the weather where I live. It spends a lot of time in the closet because the clear night with no moon is rare indeed (if you want to search for galaxies instead of just looking at the moon and the bright planets). And when you get such a night, it is too cold to go out.

I heard similar problems affect people who yearn for a home solar panel.

North of the Alps, as weathermen say, Blue above, Grey under. The joke is Bavaria’s flag is a blue checker. Anyway that is not the worst – all street lamps were switched to LED. You have to go to the forest to view in Jan/Feb – which would freeze a brass monkey.
The yearning for the Atacama desert!!!

Apparently everything is OK so far. Should have had more cameras on the rocket stages like SpaceX does, tho they did have one on the uppermost stage to show the telescope release.

On my TV’s Roku box, I get the NASA channel- with old stuff and live stuff- watched the blast off on it- then it showed an animation of the rocket and how it dropped off stages. Almost like the real thing.

Caught this YouTube today.
https://youtu.be/4P8fKd0IVOs
First place I found out that they are orbiting L2

Ten Years of Curiosity on Mars

Blue Ripples on a Red Planet

Reuters: COP27 to be a Battle Over Climate Change Compensation