From the INSTITUTE OF ATMOSPHERIC PHYSICS, CHINESE ACADEMY OF SCIENCES and the “obvious science” department comes this stunning revelation.

Over the past decades the Arctic has lost 65% of its sea ice volume. The atmosphere above the Arctic has been rapidly warming and moistening at the same time.

What does this mean for the weather and climate of the densely populated Northern mid-latitudes? Dr. Tido Semmler started to perform idealized climate model experiments to answer this question when a record low Arctic sea ice extent occurred in 2007. At this stage he was working as a meteorologist at the Irish Weather Service Met Eireann in Dublin, Ireland.

Especially in winter the weather and climate of the Arctic influences the weather and climate of the Northern mid-latitudes, but not everywhere to the same extent. In a recently published study in Advances in Atmospheric Sciences , Semmler, now working at Alfred Wegener Institute at Helmholtz Centre for Polar and Marine Research in Germany, and his colleagues find the sea areas and the western coasts of the continents are relatively little affected. The strongest influence occurs over the continental regions, more over Eurasia than over North America. This means that even though the Arctic might be perceived as a remote and sparsely populated area, the changes there may be of relevance to the society in denser populated areas. 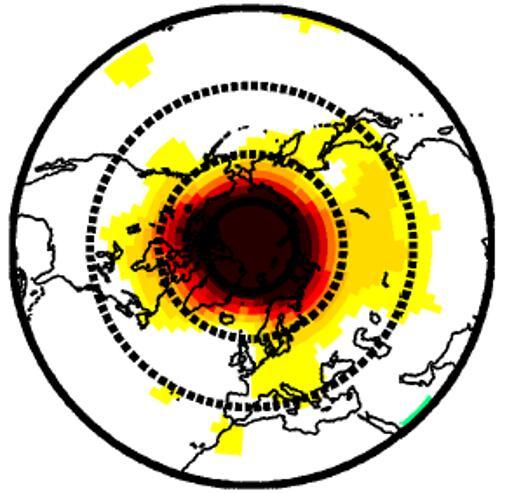