From The Daily Caller 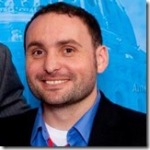 A new study using an expensive climate supercomputer to predict the risk of record-breaking rainfall in southeast England is no better than “using a piece of paper,” according to critics.

“The Met Offices’s model-based rainfall forecasts have not stood up to empirical tests and do not seem to give better advice than observational records,” Dr. David Whitehouse argued in a video put together by the Global Warming Policy Forum.

Whitehouse, a former BBC science editor, criticized a July 2017 Met Office study that claimed a one-in-three of parts of England and Wales see record rainfall each winter, largely due to man-made climate change.

Using its $127 million supercomputer, the Met Office found in “south east England there is a 7 percent chance of exceeding the current rainfall record in at least one month in any given winter” and “a 34 percent chance of breaking a regional record somewhere each winter” when other parts of Britain were considered.

“We have used the new Met Office supercomputer to run many simulations of the climate, using a global climate model,” Met Office scientist Vikki Thompson said of the study.

The Met Office commissioned the study in response to a series of devastating floods that ravaged Britain during the 2013-2014 winter. Heavy winter rains caused $1.3 billion in damage in the Thames River Valley.

Scientists said supercomputer modeling could have predicted the flooding. Thompson said the supercomputer “simulations provided one hundred times more data than is available from observed records.”

But Whitehouse said the supercomputer’s models did “not give any better information than what could be obtained using a piece of paper.”

Using observational records, Whitehouse argued the 7 percent “chance of a month between October and March exceeding the record for that month in any year is equivalent to a new record being set every 86 months.”

“New monthly records were set twice in the 216 October-March months between 1980 and 2015,” he said. “Therefore the ‘risk’ of a new record for monthly rainfall is 5.5% per year, according to the record.”

“The risk of monthly rainfall exceeding the monthly record in the Southeast of England has not risen, contrary to many claims,” he argued based on the observational data, adding the “Met Office computer models do not give any more reliable insight than the historical data.”

Content created by The Daily Caller News Foundation is available without charge to any eligible news publisher that can provide a large audience. For licensing opportunities of our original content, please contact licensing@dailycallernewsfoundation.org.

105 thoughts on “REPORT: $127 Million Climate Supercomputer No Better Than ‘Using A Piece Of Paper’”