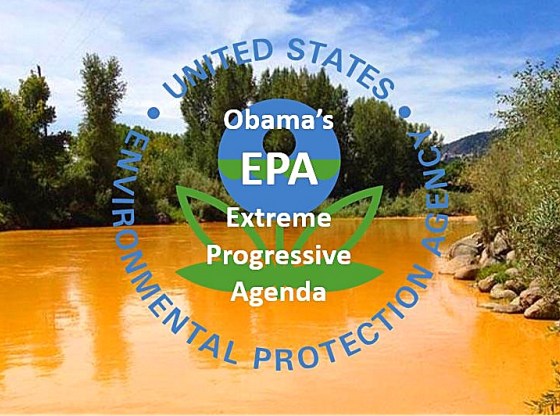 Following eight years under Obama, where there were few constraints on the fatuousness of their policies, or the damage caused by regulatory assaults on private property and individual rights, these little dictators are now looking for other thrones from which to elevate their radicalism.

The conventional wisdom that administrative agencies have been populated with political activists is evidenced by the lemming-like exodus of left-leaning bureaucrats from of the EPA. On July 19, Greenwire published an article titled, “EPA: The staffer escape network.” Its title infers something akin to a bureaucratic Underground Railroad; a conduit of freedom for government-funded activists who’ve gotten the boot by a new pragmatic, pro-energy, pro-states’ rights administration. However, a reading of Greenwire’s report reveals that these former EPA staffers are not seeking freedom, but are attempting to ensconce themselves into a non-governmental branch of the Deep State. The report says:

EPA alumni are banding together to help their former colleagues find new jobs. They’re creating job boards, passing résumés around and spreading the word via social media. They say it’s an unprecedented networking effort among ex-staffers that comes as many EPA employees are feeling marginalized by the Trump administration’s environmental policies.

But, more than an alumni group, these former EPA staffers appear to be seeking ways to continue their various environmentalist crusades outside of the revamped agency they feel has turned against them. The article continues:

Since the site launched last weekend, a few jobs have already been posted, Elkins said. FedEx Corp. posted a job for an environmental specialist. An EPA alumnus posted another opening at the California Air Resources Board.

He said the alumni group wants to serve as “a network for the people who are leaving EPA.”

The Twitter account @RogueEPAstaff, which claims to be run by “staff, non-staff and some dude” — and has nearly 11,000 followers — posted the link to the jobs board early this week.

“Want to support EPA but not sure how? Hire a climate change hero! Post job opportunities here: https://jobs.epaalumni.org.”

The Twitter account recently described staffers’ sentiments about the buyouts: “This is what we are all talking about on campus. 3 categories: 1) Fuck them, not leaving, 2) Scared for my job, 3) I’m leaving this shitshow.”

One EPA staffer on buyouts: I think the young staffers are going to be lost and without any voice but that's probably what the admin wants.

Want to support EPA but not sure how? Hire a climate change hero!

Want to support EPA but not sure how? Hire a climate change hero!

This development should come as no surprise to those familiar with the mentality of the environmentalist Left. The formation of so-called ‘resistance’ groups began on Day One following the presidential election. Groups such as AltBLM, AltNPS and others, are composed of both former and current bureaucrats who have come to feel entitled to taxpayer-funded jobs in which they perform political advocacy.

Following eight years under Obama, where there were few constraints on the fatuousness of their policies, or the damage caused by regulatory assaults on private property and individual rights, these little dictators are now looking for other thrones from which to elevate their radicalism. As the bureaucracy escaped accountability for the disastrous EPA-caused Gold King Mine spill, which polluted rivers in four states and resulted in billions of dollars of damage, so individual bureaucrats, like BLM agent, Dan Love, have gotten away with inhumane, unethical and criminal activities that would be harshly punished in the private sector. It’s a little disturbing that disaffected federal employees associated with the ‘Rogue EPA Staff’ and ‘Alt BLM’ are clinging to the bureaucratic evils perpetuated by these agencies for the past eight years.

Not unlike extremist groups such as the Sierra Club and Center for Biological Diversity, these EPA bureaucrats have come to regard themselves as the most-capable, most-moral defenders of the environment. The fact that Obama-era policies were largely based on ideologically-driven globalist agendas, and not actual science, doesn’t matter to these people, because, to the environmentalist Left, all means are justified when the ends mean saving the planet.