I’ve been thinking about the idea of the urban heat island (UHI) as a result of my post on the bogus temperature “record” at Heathrow. The “urban heat island” refers to the fact that cities generally run warmer than the surrounding countryside. This is from some combination of the direct heat generated by fuel use, and the land surface change (more buildings, more asphalt, less grass and trees). In this regard, I ran across a very interesting interactive map today from a professor named Modi. It shows the energy used by buildings in New York, block by block. It was run on ZDNet under the subhead of “Midtown Manhattan uses more energy than Kenya”, which is an interesting statistic in itself. Here is a view of the map: 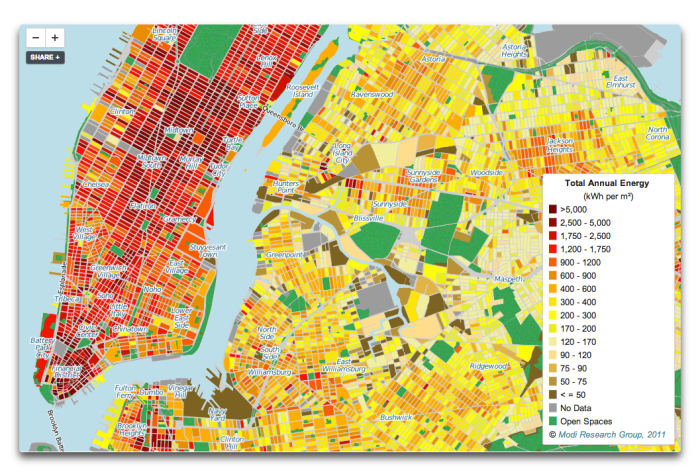 Figure 1. Energy use in downtown Manhattan, along with some of the boroughs. Click for a larger version.

This is just one view of an interactive map of NYC energy use by buildings, produced at Columbia University. So why was this map interesting to me? Well, it’s because of the values in the legend. Let me translate them into units that we are more familiar with, watts per square metre (W/m2) of land area … 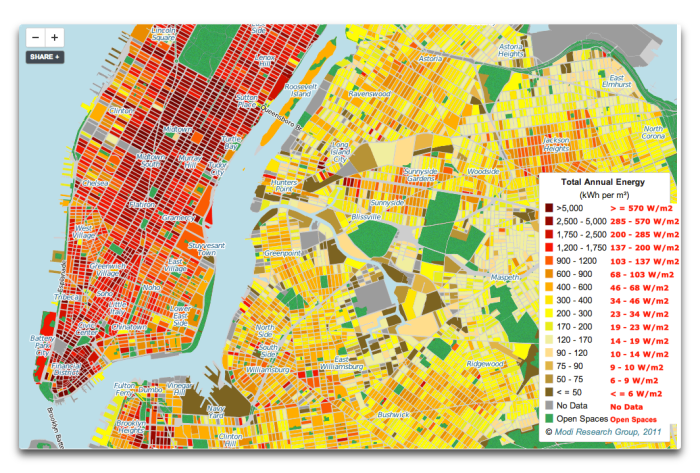 Figure 2. Energy use in downtown Manhattan, along with some of the boroughs, expressed in W/m2. Click for a larger version.

Finally, please note that authors point out that this is NOT the total block-by-block energy consumption in NYC. It is only the energy used in buildings for heating, cooling electricity, and hot water. It does NOT include such things as fuel for the vehicles used in the areas, nor electricity to run the subway system, the street lighting, the traffic signals, or the pumps to supply water to the buildings and take away the sewage. The article says:

Still, Modi [the developer of the map] said he hoped city residents would see his map as a call to cool their behavior at home. Across the city, 75% of all energy comes from buildings, according to the study, whereas nationwide buildings only account for 40%. (The main reason for the difference: fewer New Yorkers drive.)

So for the full energy use in Manhattan, you could jack all of those energy use numbers up by about 1/3 …

Finally, are Dr. Modi’s numbers right? I have no idea … but if they are, then UHI is no mystery …

And do not forget to add the human heat load, ~100 watts per hour emitted by each human working in the building. …

To which I replied as follows:

Human heat load … good thought, usurbrain. For the population I get the following:

<blockquote>… approximately 4 million people on a typical weekday, 2.9 million on a weekend day, and a weekday night population of 2.05 million.</blockquote>

Assuming I’ve not made some arithmetical error, this gives a weighted 24/7 average of 3E+6 humans on the island. Manhattan is 87.5 square km, or 8.7E+7 square metres. In other words, we have 0.03 humanoids per square metre.

Put that together and we get 0.03 heat producing units per square metre times 107 watts per unit gives us just over 3 W/m2 of extra ground-level energy to add to the UHI mix …

Not insignificant, to be sure.

147 thoughts on “Cooking In New York”