Being common is rather unusual. It’s far more common for a species to be rare, spending its existence in small densities throughout its range. How such rare species persist, particularly in an environment undergoing rapid climate change, inspired a 15-year study in arctic Greenland from the University of California, Davis.

The study, published in the journal Scientific Reports, found that caribou and muskoxen helped mitigate the effects of climate change on rare arctic plants, lichens and mushrooms at the study site.

The authors suggest that by constraining the abundance of the two most common plant species — dwarf birch and gray willow — large herbivores may allow other, less common species to persist rather than be shaded or outcompeted for nutrients by the woody shrub’s canopy, or suppressed by leaf litter and cooler soils.

“This is more evidence that conserving large herbivores is really important to maintaining the compositional integrity of species-poor systems like the arctic tundra,” said lead author Eric Post, director of the UC Davis Polar Forum and a professor in the UC Davis Department of Wildlife, Fish and Conservation Biology.

For this study, the scientists investigated the effects of warming and the presence or exclusion of large herbivores — caribou and muskoxen — on 14 species of tundra plants, lichens and mushrooms, three of which were common and 11 of which were rare in the study site, looking for trends in commonness or rarity.

They found no predictable pattern related to warming. It made some plants more common and others rarer.

But the presence or absence of caribou and muskoxen made a clear difference. Excluding large herbivores from study plots made seven species —  five of them rare — less common, and two species more common, and led to common species dominating study plots.

Caribou at the study site near Kangerlussuaq, Greenland, dropped from several hundred animals in the early 2000s, at the beginning of this study, to a little over 100 by the study’s end. Muskoxen increased from about 20 to 50 over the same period, according to a March 2021 study Post co-authored. Meanwhile, the arctic tundra is warming two to three times as fast as the rest of the planet.

“The conservation of large herbivores will serve a critical role in preserving arctic tundra as it warms,” Post said. “If caribou or muskoxen eventually go locally extinct from parts of the Arctic, or even fall to severely low abundance, what we’ll likely see in response to warming is a tundra increasingly dominated by a few common species, like shrubs.”

Post said that rare species contribute vitally to biodiversity, ecosystem function and resilience, largely because there are so many of them compared to common species.

This study’s co-authors include Christian Pedersen of the Norwegian Institute of Bioeconomy Research, and David A. Watts of Alaska Department of Health and Social Services.

The study was funded by the National Science Foundation, National Geographic Committee for Research and Exploration, and Penn State University.

Wow! The Arctic is warming much faster than the rest of the world, but caribou and muskoxen are eating shrubs and helping magic mushrooms survive? How much is this “warming” trend? Looking up the forecast for Kangerlassuaq, Greenland, we have for today and the next two weeks: daily highs from -5 to -27 deg C, and daily lows from -17 to -31 deg C. Do the Caribou, Muskoxen, and magic mushrooms realize they are headed for hothouse hell on earth if this keeps up?

I would imagine they are oblivious to climate change given that “rapid” is a loose term.

Further, as evidenced by arctic ice extent today, it all might be more appropriately termed climate fluctuations. Besides, individual musk ox only live to around a decade or so. Even if they could talk, I’m not sure their memories would be helpful.

“The authors suggest that by constraining the abundance of the two most common plant species — dwarf birch and gray willow — large herbivores may allow other, less common species to persist rather than be shaded or outcompeted for nutrients by the woody shrub’s canopy, or suppressed by leaf litter and cooler soils. “

“Keystone Species: A species whose presence defines the ecology of their habitat, and whose absence would be detrimental to the biodiversity of the area.”

You could say big animals tend to make a big impact on their environment.

More blahblah from the same tax dollar stealing pinheads who constantly spew this garbage, all the while stealing our money.

Back to me coz I’m really important and this shock news means I may have to go lie down….
……or b*gg*r off down the pub for a celebratory coffee or two##

What will it be – this Science business ain’t easy – if only I had Supercomputer to predict my future. sigh

How do they define a stable climate? North of Denver, I woke up to minus 1 and the high is expected to be 42.
While normal for this area, I’m curious how stable it is considered. Particularly since in a given year we can swing from minus 5 to 105.

Further North of you the swing is larger -50 to 105, all time high for North Dakota is 121 F all time low is below -50. I been in the 105 and the -50 in North Dakota. Did not happen in the same year but I have also seen a 80 degree change is slightly over 24 hours. -50 Christmas eve morning to the high thirties on Christmas day. Do these fool really think the ecology and animals anywhere are going to notice 4 degrees warmer of 200 years? Yes the will be a slight change where they live but is will only be a few miles further north of south depending which way the change goes.

Reality having been discovered, nothing is stable.

How such rare species persist, particularly in an environment undergoing rapid climate change

and just where would that be?

Have nothing to say about their ‘experimental warming’ Nothing at all.

And this is peer reviewed?

They are wrong! The Arctic is now warming four times faster. I’m starting to think it’s some kind of race… 😉

Life in the Arctic: the reindeer herders struggling against the climate crisis – video

As the arctic warms four times faster than the global average, Europe’s only indigenous population is under threat. For centuries, the Sámi people have herded reindeer throughout northern Europe. Now, warmer winters are turning the snow the reindeer dig through to find food into ice, blocking their only source of sustenance. In the last two years, 10,000 reindeer died. If this winter is bad, herders fear up to half the herd could be lost

Again one or two years don’t make a trend. Do these morons think this has not happen before?

Yeah, but their methane emissions make it still warmer, right? And I guess their caribou “patties” don’t have a beneficial impact on the plant life? Another example of researchers trying to find a connection to climate change to get funding for what they really want to study.

I wonder if anybody still says: “You are what you eat.” 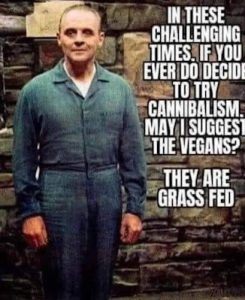 Almost all species that ever existed on Earth are extinct. What remains is incredible but will also become extinct as new species arise. All but one species of humanoids are extinct. There is probably little or no utility in environmental studies that pretend to advise us which species need our help so that we can remain in an evolutionary stasis. The impression left reading this article is that the entire purpose of the study was to find a reason to chastise humans for our existence. The cause and effect conclusions here are unproven hypotheses that support the prevalent narrative. Associations may be necessary to prove cause and effect but are not sufficient to draw such conclusions. It is breathtaking how much of what poses as science is just propaganda for a radical environmentalist anti-human agenda.

So was it 2 C warmer climate change or bovine tuberculosis that did in the several hundred caribou ? Inquisitive minds want to know.

Probably never bothered to investigate what’s inside the piles of cow muskox poop … spoiler alert: it contains plant seeds. Packaged and distributed in a nutritious thermophilic/hydrophilic packaging, enabling rapid and early seed germination, dispersed widely throughout the environment enabling the spreading of suppressed species in disturbed and underrepresented areas … every cowboy knows this; but a scientist wouldn’t believe it because it doesn’t come in a peer-reviewed paper.

Rare species by definition are not critical eco system species.

Real Threats to Biodiversity and Humanity

Climate and soil determine the distribution of plant traits

Unique macro-vertebrate at risk from blood sport and climate change

Toward Customizable Timber, Grown in a Lab