Scotland Yard said around 480 XR activists have been arrested so far – with 2,000 Met officers-a-day dedicated to tackling the protests – as Deputy Assistant Commissioner Matt Twist launched a broadside at the “very serious and totally unreasonable disruption”.

“They have the right to protest and assemble together, but this right must be balanced with the rights of others – those wanting to go about their lawful business unimpeded and without disruption,” he said.

“Whatever the cause, activists do not have the right to cause unreasonable and serious disruption to London’s communities.

“Every time several officers are needed to arrest a single activist, these are officers diverted from our number one priority, bearing down on violence. We are highly resilient but it is frustrating that communities are denied their officers in order to deal with a very protracted protest.”

Imagine if instead of Extinction Rebellion being useless obstructionists, they did something for the community, like helped pick up litter, or repaired polluted waterways, or ran soup kitchens for those in need. Imagine the support they would pick up, as their reputation for good deeds spread throughout the community.

But I guess that would involve doing some actual physical work. Hanging off a scaffold trying to pose in front of the cameras, messing up the lives of ordinary people seems to be more their thing.

A form of street theatre at best!

ExReb, one of many, Useful Idiots for the faceless cultural elite who own and direct the Propaganda Ministry as they manufacture hobgoblins to frighten the unsuspecting citizenry, that are being dumbed down in our bureaucratically controlled public schools and institutions of higher indoctrination, so that they will turn to the Central Authoritarians for salvation from said hobgoblins.

Bill, except they aren’t useful idiots for anyone. Only 13% of the population support them

“Only 13% of the population support them”

David allow me to reiterate. “…Useful idiots FOR the Faceless Cultural Elite who own and direct the Propaganda Ministry…”

The Race Baiting Wealth Holders are the faceless cultural elite who take advice from psuedo-intellectual idiots who spend their lives on college campuses publishing left wing drivel while using Graduate Assistants to brainwash your children. Children who then go out in black hoodies and join Marxist Groups like Extinction Rebellion who serve the ultimate purposes of the FCE. Wealth holders who have purchased the best politicians money can buy and followed the instructions to place permanent bureaucrats into the Central Authoritarian Government to cook up second hand offenses to give them the grounds to relegate the constitution to the ash can of history.

Most anarchists don’t want the police to go around capturing violent criminals.
In what passes for their minds, violent criminals are fellow rebels against the system. When they rob and steal, the are just liberating ill-gotten gains from the rich.
(You have to remember, that in their minds, anyone who can live without direct government support is rich.)

And yet you have defended them in the past, now you pretend to oppose them. How rich.

griff is famous for switching positions based on whatever the latest talking point memo tells him to believe.

OK, so you approve of violence and destruction someone ELSE’s property, griffypoo? How about if they descended on YOURS?????? Would you still just blow it off as street theater??

Just askin’, because you don’t make any sense.. Are you waiting for these bozos to sack London like the Vandals sacked Rome?

I’m really worried about your perception of reality, y’know. You need to spend some time outside your closet.

We could introduce griff to greta the two GGs they could ride off into the sunset ,happily married, after they discover there protests are falling on deaf ears.

Sara, I think Griffy’s closet is somewhere in or around London, as a bit of a guess. Perhaps Griffy has had personal experience of being inconvenienced by these eco clowns? It would explain quite a lot.

Oh! Somehow I thought griffypoo was in the Land of Oz! If it’s London, it does explain some odd things!

I believe it is Loydo who claims to be from down under.

Yes, she does. Victoria i understand.

No, you’ve got it wrong. The land of Oz gives you the nasty, but clueless Loydo, and a Tony, just clueless

It’s easy to mix up Loydo and Griffypoo at times. I wonder how he’d feel if the Greenies/XRers blasted his domicile with glow paint…..

Griff has just said they are useless idiots, did you not even read what he said?

0
B Clarke
Reply to  griff

So a useless bunch ,griff, do you think they harm the cause? We had better keep them then.

Mirror, mirror, on the wall…

Not fooled by that for a moment

The pot just met the kettle and didn’t recognize it.

Now, now, aren’t you a tad too harsh to your ideological brothers?

Renewables are themselves nothing more than street theater. Lord knows they are no good at producing usable power.

Let me guess, you’ve been directly impacted by their actions?

What’s that old saying, Patrick? A conservative is just a liberal who got mugged?

Those are their good points. As for being street theatre, they are not my choice of entertainment.

It’ll be Peking Theatre – the Chinese equivalent of Kabuki.

Havn’t XR been declared as terrorists ?

They are violent criminals, so yea, of course they are impeding law enforcement.

It takes zero skill to break, disrupt or otherwise be a negative force in society! That is what these people are – zero skill, zero help with anything, zero point zero.
Street theater indeed for a vapid cause.

The police would be better lobbying the courts, give them punishment fitting the crime, to often the courts let them off with a slap on the wrist.

Part of the Marxist Brothers intent on disrupting Democracy in an effort to replace it with their ideology. Antifa is the group in the USA trying to accomplish the same pandemonium along with blatant Leftist prosecutors, courts, and judges. “Revolution”, doncha’ know?

They need to live like the Amish, and live humble, low carbon lives, agrarian style, no phone, no lights, no motor car, not a single luxury!

High, there, Gilligan. Is the island under water yet?

No, but they put the Captain on a diet because they were afraid he’d tip it over.

Maybe the professor can build them little bamboo cars.

It doesn’t create a great impression, but our policemen do dutifully take the knee

Not that long ago people had to consider whether their protest topic was worth the cost of printing posters and sending mailouts, or the time to go door-knocking and face other peoples’ opinions….but now all you need is a social media account and you can spam thousands of other misfits with the time and place of your next meeting for media fame.

They are UPPER MIDDLE CLASS living off their parents and making no contributions to the common weal. Community service would be the answer – exposure to the real world of stress and poverty. As well as removal of wristwatch, iPhone, car keys, internet connection.

I suggest wetting them down periodically with street cleaning equipment and let “climate change” do the rest. Exposure breaks down resolve very quickly and damp costumes just look silly and clownish.

Spraying them with green dye could help people to recognize them for days after their rebellious event.

Nice touch … it would make them look more like the watermelons they are.

Now here is a real terrorist: 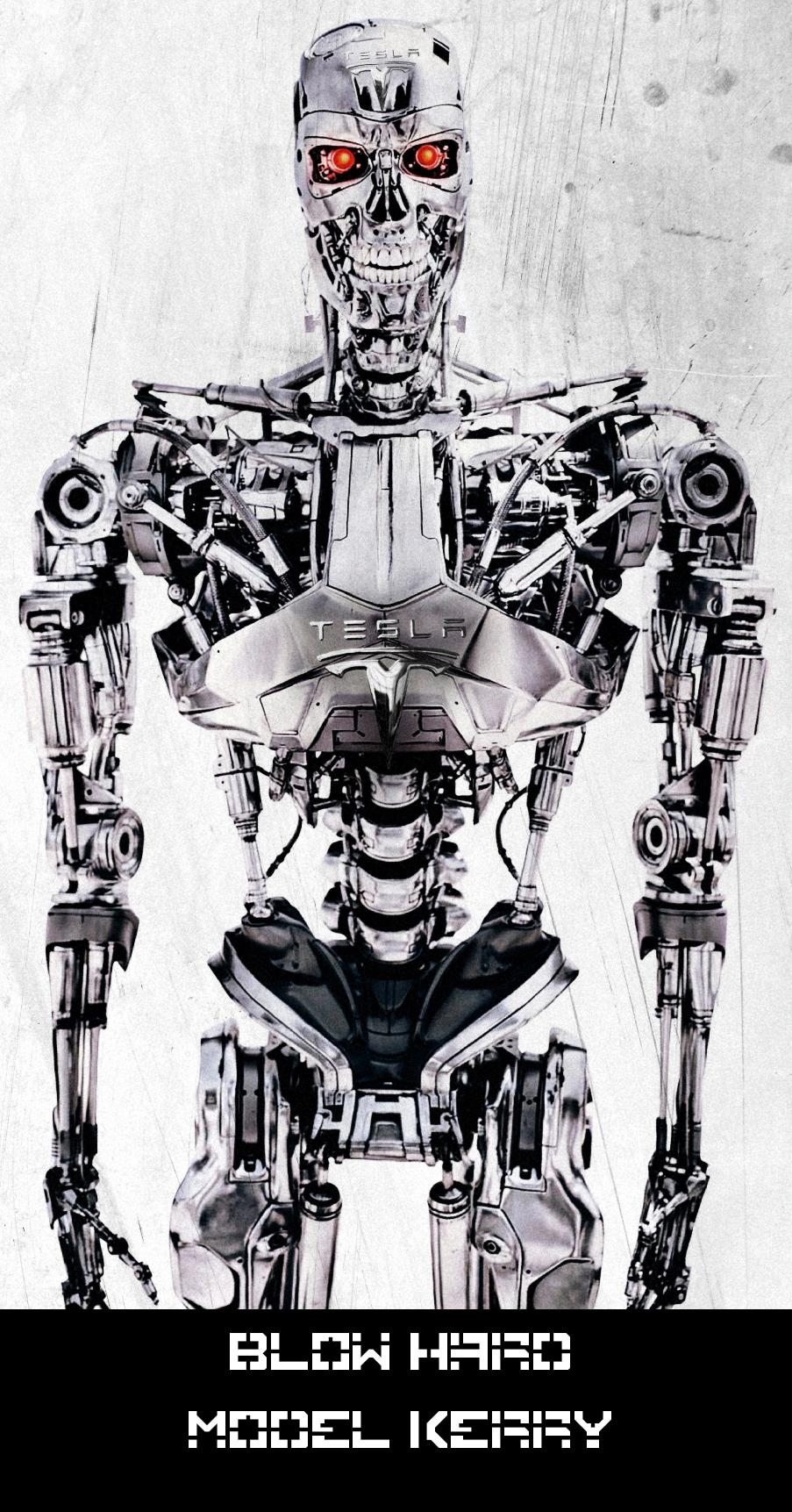 Here is the artist’s website.
Many, many more images.

And yet the police still seem to have time to go after people for saying the wrong thing, or insulting politicians or their agenda.

I’m no fan of XR, but we need to support their right to protest. This is a fundamental democratic right. Anything less is dangerous.

Do the parade peacefully down sidewalks, or do they block traffic? One is protesting, the other causes actual harm.

They go far beyond reasonable protest

They deserve to be beaten in the streets, as occurs at times

Absurd! They have the right to protest and demonstrate their support and attempt to win over others with their arguments expressed freely. They do not have any right whatsoever to disrupt society and they should be dealt with very harshly.

The right to peacefully protest, not cause destruction, but they are the latter kind.

I went to one of their latest marches around the City of London out of morbid curiosity. They blocked the path of an ambulance. They are dangerous idiots.

Based on the way the locals dealt with these idiots at an underground station last year, at some point Londoners will have had enough of this. The outcome wont be pretty and the Police may have difficulty in dealing with a lot more than these XR idiots. I don’t understand why they don’t use fire hoses. Cleans the streets of pollution in more way than one.

It is good to see so many arrested, but what will the courts do with them? I suspect relayively minor fines and or suspended sentences neither of which will deter these zealots.
Water cannons?

This is indicative of a long overdue fightback by the MET Police against these disruptive anarchists.

This argument has been available to the MET for years. This year, however, instead of tolerating XR’s behaviour they have given up dancing in the streets with them as that obviously didn’t work. Instead, they are doing what they should have ben doing and arresting the morons.

But that’s the power of public opinion; as the tide of attitudes has moved from sympathy for the poor demonstrators to irritation over a bunch of mongrels disrupting communities, the police have responded.

The tolerance being given to these people is unjustified and is making the Government looking like a wimp. There must be dozens of ways to motivate these people to stop what they are doing without resorting to physical aggression.
For instance anyone deliberately attaching themselves by glue to property should legally incur the cost of detachment which can be very expensive. The bailiffs can then be set to work.
That would keep them busy for a while.

Like most “activists”, they only want the attention. They want to get OTHER people to do the actual work.

I remember a guy a couple years ago who went to some cities and organized mass cleanups. He was criticized rather widely for it. Figure that.

These knobheads are the same old socialist/communist filth. They demand YOU do something instead of doing anything useful themselves. How about setting an example? Nope. Their co-founder drives a -OMG- diesel car. But all others must give up their cars.

It’s pathetic if not downright psychotic.

OTOH some of their antics were quite original, even entertaining! Take the lady who superglued her breasts to the pavement (sidewalk for you yanks)! I’m told they had to use a jackhammer to cut out the attached flagstone to transport the bonded pair to the hospital.
Sort of adds a new dimension to the word breastplate.
Cheers
Mike

“Rivers of Rain” Could Wreck China, Unless We Reduce CO2 Emissions