According to the Australian Government, the Chinese Embargo of Australian Coal is increasing CO2 emissions, because the coal China is burning instead is lower quality. But there is a much better way for Australia to get China’s attention.

‘Bad outcome’: Australia to use coal strike to challenge China on emissions

China and Australia’s trade dispute over coal threatens to escalate into a wider spat over climate change and net-zero emissions targets.

The Morrison government will use China’s indefinite ban on Australian coal to accuse Beijing of skirting its climate change commitments, as it responds to a major trade strike on Australia’s second largest export.

Prime Minister Scott Morrison on Tuesday said that coal imports from other countries “have 50 per cent higher emissions” than Australian coal. “As a result, that would be a bad outcome for the environment,” he said.

Trade Minister Simon Birmingham said China would have to increase its local production and imports from other countries, including Indonesia, Russia and Mongolia, whose thermal coal produces emissions higher than Australia’s.

Chinese state media on Monday confirmed a formal ban on thermal coal imports after months of Australian exports being stranded offshore. The strike on thermal coal, which is used to generate electricity, is the latest in half-a-dozen trade hits on Australian products after a year of rising tension over human rights and national security policies.

Frankly I think the Australian government response is a bit pathetic.

If Australia wants to retaliate in a way which gets China’s attention, Australia could temporarily ban or restrict the export of iron ore to China, to give the US steel industry a boost at the expense of Chinese competitors.

The price of iron ore is already at levels which is threatening the profitability of the Chinese steel industry. Any further constriction of supply would cause China real economic pain. A suitable punishment for China’s ugly geopolitical games.

4 years ago:
“Trump Has Called Climate Change a Chinese Hoax. Beijing Says It Is Anything But.”
https://www.nytimes.com/2016/11/19/world/asia/china-trump-climate-change.html

“In 2014, Mr. Xi stood next to Mr. Obama in Beijing and said that China would ensure that its greenhouse gas emissions peaked by 2030 and that 20 percent of its energy would come from non-fossil fuel sources by that year. Mr. Obama pledged to greatly reduce coal use by 2025.
…
But it is still unclear whether China’s emissions have hit a peak, well before the 2030 deadline.”

The internet never forgets, and some things just don’t age well. And yet the climate scam train, loaded down with climate rent-seekers, is like some insanely over-loaded Indian commuter train… it just rolls on with ever more hangers-on. 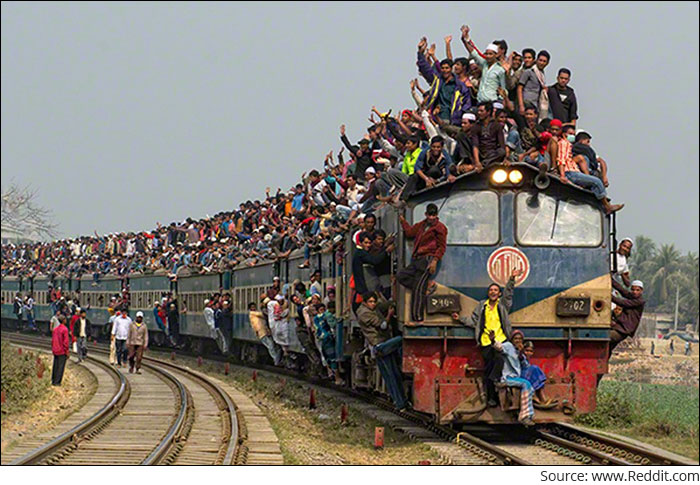 “Prime Minister Scott Morrison on Tuesday said that coal imports from other countries “have 50 per cent higher emissions” than Australian coal. “As a result, that would be a bad outcome for the environment,” he said.”

My question is why does the Government continue to expose its ignorance of even a basic understanding of how greenhouse actually gasses work and ignore the incalculable benefits for mankind and all biota that result from increasing levels of atmospheric carbon dioxide.

I understand the political imperative of playing to the widespread populist negative views on this issue, (cynically nurtured by the ‘climate change’ fraternity), but would it not be more sensible to first do your due-diligence, become far better informed and then seek to impart and act on the verifiable truth.

If the government fails to address this key question, they will only dig themselves into an increasingly deeper hole, to everyones ultimate disadvantage, as is now happening.

Standing up to a bully may be hard, but nowhere near as hard as the consequences of appeasing one.

ghosts of 1938 are everywhere right now.
Those who don’t see it, don’t want to see it.

Chamberlains ‘appeasement’ gave us the vital time to start tooling up for war.

Churchill was all for attacking early & unprepared (just like he did with Gallipoli) , if that had happened the war would have been over in 12mths & we’d all be speaking German.

I agree history is repeating itself, we never learn !

“by occupying Czechoslovakia, Germany gained 2,175 field guns and cannons, 469 tanks, 500 anti-aircraft artillery pieces, 43,000 machine guns, 1,090,000 military rifles, 114,000 pistols, about a billion rounds of small-arms ammunition and three million rounds of anti-aircraft ammunition. That could then arm about half of the Wehrmacht.[93] Czechoslovak weapons later played a major role in the German conquest of Poland and France, the last of which country had urged Czechoslovakia into surrendering the Sudetenland in 1938.” (Wikipedia)

China is exempt. Australia can go Green and purchase carbon offsets. Throw another baby on the barbie, it’s over.

Per the UNFCCC rules, emissions are on the CO2 emitter.
Australia should be like Saudi Arabia, and not accountable for the emissions of where the fuel is burned.

While that should happen there are calls for the emissions from coal mined in Australia and burnt in other countries to be added to Australian emissions figures.

There is an established process to resolve trade disputes between Australia and China written into the FTA established in 2014.
Unfortunately China has elected to ignore those agreed provisions and apply unilateral sanctions and tariffs that go against the agreement they negotiated and signed.

There is no excuse they can offer for their actions – except that they cannot be trusted to meet their agreements.

You have all been warned…

Scratching around in the dirt in my garden in Nottinghamshire (attempting escort mole, dead or alive, off the premises), I came upon lots of little black ‘stones’ mixed in the soil mowdy was excavating. pebbles sized but not rounded, very course texture, obviously porous and very very lightweight

From my childhood I recognised coke, made from coal. When I was told that a WW2 air-force barracks/base used to be here, it made kind of sense

Prior to that. I’d sorted & picked these bits out of the other pebbles that mowdy had bring up and popped them in in little plastic pot, meaning to ask one of the locals what they thought it was and how it came to be.
Then, the joys of an English Summer rained down upon us all. Literally. My little pot of ‘black stones’ filled with rainwater – as I concentrated on why my roof was raining in. sigh

Upon rediscovery, the bottom of the pot was chock full, a solid mass of ‘Green Stuff’
A lot like algae but quite fibrous as well.

Ohhh, I tinks, what’s this all about? How did this greenery get here and why does it simply looooove growing on these bits of black?

But no, Ma Nature has to have a secret or 2 but it dawned..

What if Australia turned some of its coal into coke.
Lots of goodness comes out of it when you do, methane, hydrogen, carbon monoxide = nice clean fuels and then crunch up the coke and mix into what passes for topsoil/dirt in Australia
Would Australia turn green, like my little pot did

It matter Not One Jot what the green actually is or if you have any plans for it.
Its green, its alive, its plant based and it will Fix The Climate given enough of the stuff

I beg of you, do not burn it though. Please don’t burn it.

1
ozspeaksup
Reply to  Peta of Newark

we could omit the coke cycle and just use coal dust in soils works well as far as I know nice carbon input direct.
weve got enough crap soils to practice with for sure

I thought the same re restricting ore sales till they deal
but
at the moment the ore sales are saving our butts via tax/royalties to ausgov
I read chinas having a bit of an issue re powersupply right now and a lot of people are feeling the cold;-)
public outcry might bring a bit of sanity to the ccp(well in a sane leadership it would)
meanwhile our coal ships arent unloading but are apparently also being blocked from leaving the ports and offshore sitting areas, some for up to 5mths stranded crews etc.
and I keep remembering pig iron bob selling our steel and it coming back as ammo etc

Long-standing Lockdown Sceptics contributor Freddie Attenborough, author of several brilliant pieces in the right-hand menu, has tried his hand at fiction and written an hilarious piece of dystopian satire in the same mould as 1984. It’s about a future in which the healthy remain locked down, the unhealthy are slaughtered and everyone lives under the thumb of a merciless tyrant called “the Sage”

From the article: “The Morrison government will use China’s indefinite ban on Australian coal to accuse Beijing of skirting its climate change commitments”

China didn’t make any climate change committments. China does not have to reduce its CO2 output until 2030. The Paris Climate Accord is a one-sided deal. XI must marvel at the stupidity of the West. I do.

The Aussies will never stop sending iron ore to China. Years ago someone in WA suggested making iron or steel in Australia – since the iron ore and coal was all coming from there anyway… That person was never heard from again!

“A transformer incident at AGL Energy’s 50 year-old Liddell facility on Thursday afternoon knocked one of the four turbines out of action, cutting 420 megawatts of the plant‘s overall 1680MW capacity.
The 420MW of power supply is expected to be lost for the entire summer with a worker seriously injured and an investigation now underway.
The accident contributed to a big jump in wholesale power prices to the maximum level of $15,000 a megawatt hour on Thursday which meant Tomago Aluminium – the nation’s largest power user which receives its electricity from AGL – was forced offline for a record fifteenth time since November.”

But there’s a dilemma for the managers and owners of Liddell now with that injured worker. That’s due to the recent enthusiasm for legislation wanting to jail owners and managers for ‘murdering’ any employees when they overlook obvious WHS. Hence Liddell which is uneconomic for owners to update should close forthwith lest they murder any employees by ignoring the obvious message.

Thought higher quality coal had the most carbon.