Josh used this tweet as inspiration for today’s cartoon saying:

If trees could talk… what would they say about CO2?

Reminds me of a certain set of billboards, “Eat mor chikin'”

****************************
I work extensively with chemical and plant nutrient production. It is generally thought that around 880 to 900 ppm atmospheric CO2 would be optimum for plant productivity (depending on species…). What the general public (nor agronomists) don’t know is what part of the major bushel/acre increases of the last 80 years is due to CO2 and what part due to hybridization. (I credit Roundup with zero.) If AOC has her way, and it “worked” (I doubt it) yield might DROP by 15% and millions of people die.

“and millions of people die.” 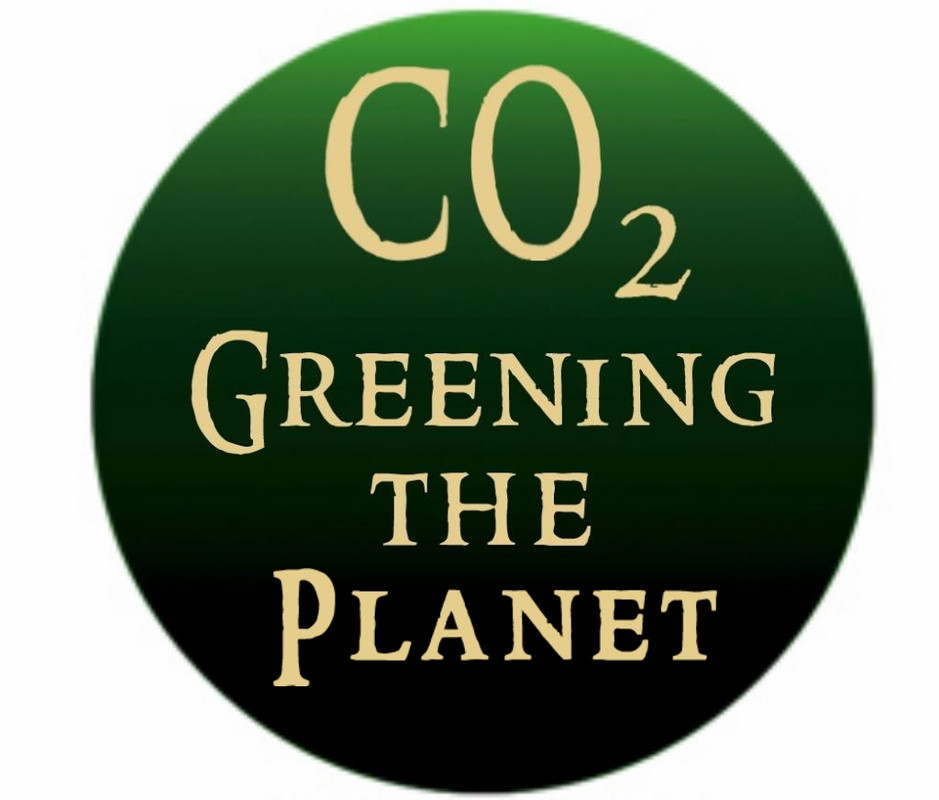 This is an interesting time to point readers towards the Club of Rome and it’s claim that carrying capacity (I say with fox hunts) is 5.4 E9 persons. They were actually looking for ways to reduce population in this regard.
What most folk forget is the material/food consumption of a middle class family in NYC is considerably higher than a Bantu family in sub-Saharan Africa.

Interestingly, the Fabian Society has a stained glass window located at the GB Shaw School of economics.

It depicts one man holding a heated earth upon an anvil while the other strikes it with a hammer. The saying above is “Remould it nearer to the heart’s desire”.

Jim G,
Here is a former Australian prime Minister talking Fabian in 1984.
I tried to generate some examination of consequences of this leftist committment, but people thought Hawke was too nice and trendy to throw in the slammer and he would not do those nasty things anyhow. Geoff S
http://www.geoffstuff.com/fabian.pdf

This is an interesting time to point readers towards the Club of Rome and it’s claim that carrying capacity (I say with fox hunts) is 5.4 E9 persons.

Not just the Club of Rome.

The Optimum Trust AKA Population Matters of which David Attenborough is patron saint, produced a spreadsheet showing exactly where the population would be culled.

Now only available via the Wayback Machine:

Absolutely shocking. Says the poorer you are, the more you need to decrease – ‘low income countries’ by 75%.

Most of the cull is in Asia

It’s just racism dressed up as saving the world

Several studies I’ve seen recently (sorry, no time to search for links) show significant increase in plant productivity in “wild” environments (no selective breeding, no artificial fertilizing), leading to conclusions that a significant fraction of increased agricultural productivity is due directly to CO2 fertilization.

Forest productivity and lack of forest management are the ingredients for more intense wild fire. Any money spent in fighting fires one year lead to higher expenses the next year. That cycle keeps going until sense prevails and it is left to burn.

Californian forests currently have enough standing and fallen wood to fuel the entire electricity consumption in the state for two years.

Australia could have powered its entire economy from the heat produced during the 2019-2020 wild fires down the east coast.

“millions of people die”
Enginer01
I suggest that the actual figure would be around a billion people.

So you claim people are just too stupid to figure out they could cultivate 15% more land and plant more seeds , but die instead

“So you claim people are just too stupid to figure out they could cultivate 15% more land and plant more seeds , but die instead”
Eden
You really don’t understand the concept of carrying capacity do you?

The concept of carrying capacity is just a case of sneeky bookkeeping, just keep those numbers out of the books which are inconvenient for your case.
The roman empire was beyond carrying capacity because it relied fully on slave labour.

Hans
You cannot get fuller than full.

Phillip, you assume the earth is at full carrying capacity. Anything to back that up?

No, but that’s why it’s presented as an assumption – for the purpose of illustration.

Almost everybody on the planet forgets that the “nutritional information” we have on most foods is bullshit old numbers created by a process that does not parallel digestion.

To the global temperature data processing nerds:
Cherry picking is frowned upon; snapping the branch is unforgivable – Vuk

But don’t cut us down for firewood:

I feel bad. Here in Sweden it is getting cold, so the central heating boiler is currently burning the wood I have dried over the summer.
It is a pain in the bud, so if the heating oil was way cheaper and without tipple taxation, I would have filled the 3,000 liter tank (860 US gallon), and saved some of you dear trees.

Why feel bad, millions of trees chopped down all over Europe to make room for windmills, nearly 14 million in Scotland alone, millions more chopped down in N.America to feed the European bio-fuel electricity generation scam e.g. Drax in the UK. Your use is justified and sustainable. Their destruction isn’t.

Thinning dense forests is good for them. I find it amazing that people can’t understand this. The wood removed can be used for lumber, pulp for paper, firewood for homes, and fuel for biomass power plants.

JZ
“a professional forester for 48 years”

No, the fuel for home and biomass will increase co2 levels because you need the double amount of fuel compared to gas to get the same heating.

CO2 is not a problem. It is just plant food.

(That’s curious, writing “Grrrrrr” feels almost as good as rumbling it out loud.)

Stay safe and healthy, all.

Watch The Denial wash over them. The confusion…. the hysteria…. running around in circles, crying, waving arms, crying ‘NONONONONONO!!!!’ 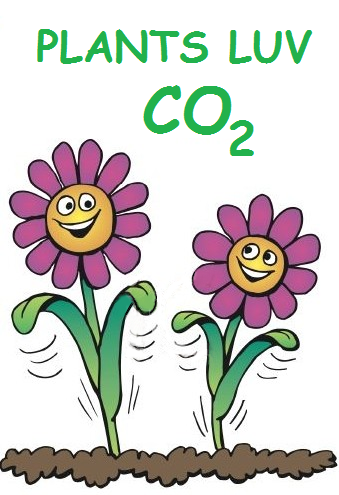 Saying “photosynthesis” is like saying “Jehovah” – a religiously forbidden word.

Just…just go out and hug a tree today….and plant a billion trees….no, maybe just a million because too many trees may suck up too much CO2 and starve the food plants.

If you walk a well-developed forest that hasn’t been guarded by Smokey the Bear the average spacing is 3-4 meters.
1 meter spacing is a planned woodlot- short, skinny(~200mm) trees of every kind. Mainly used to cut for firewood.

Any farm approaching 600 acres hs plenty of intermediate spaces that can serve as a woodlot as long as the farmer wants. If he doesn’t want there are many firewood vendors or neighbors who would pay to harvest foe him(or her).

..Me too, especially if it meant tearing down the actual New York City and starting over…those folks are all in the process of moving to less costly, less taxed, and healthier Red States anyway.

Not to worry. There is still hope. 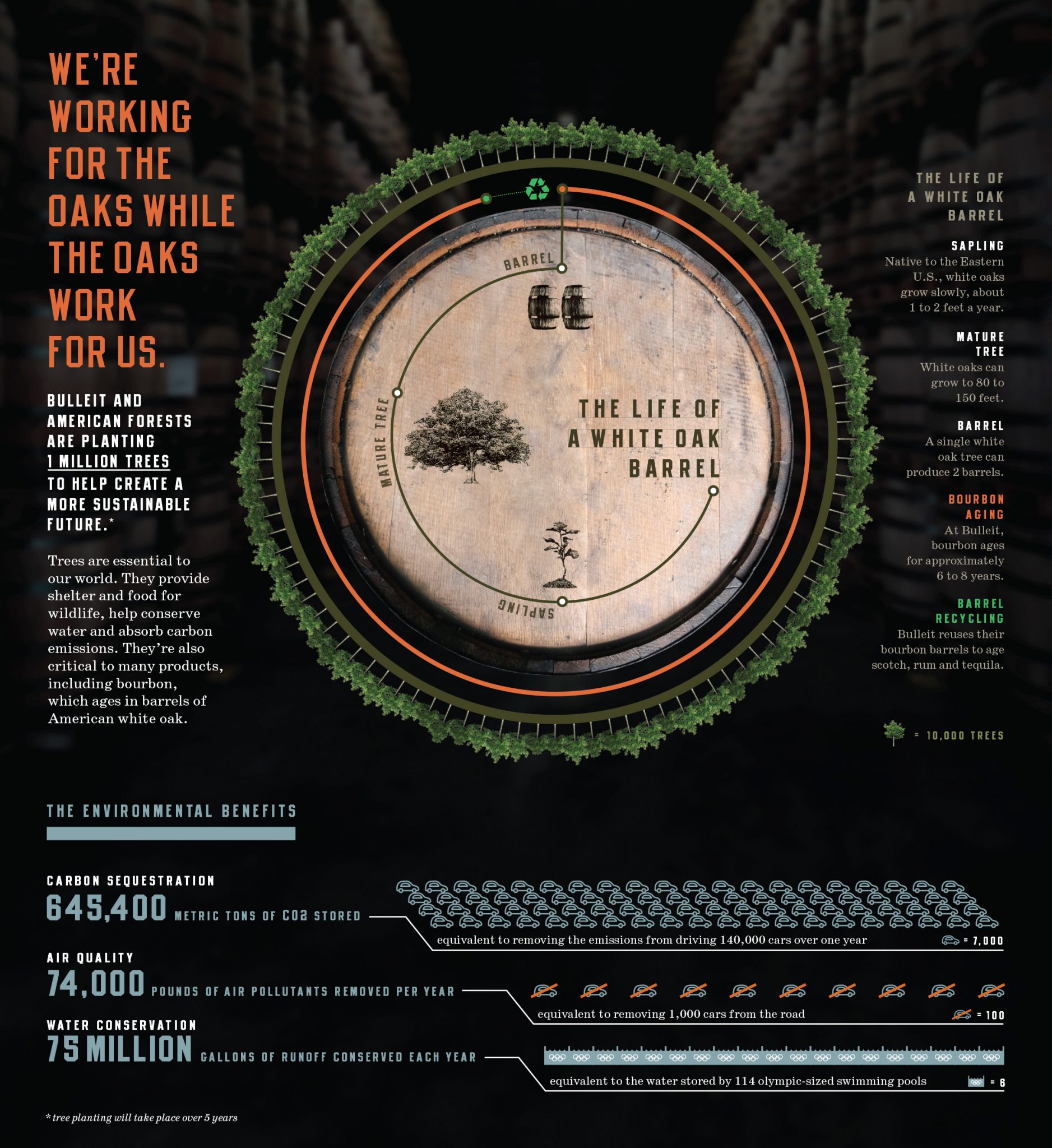 And speaking of trees and planting same….

https://allianceforscience.cornell.edu/blog/2020/08/usda-to-decide-fate-of-american-chestnut-restoration/
Quote:
“..University researchers are seeking approval to restore the iconic chestnut to American forests by using a genetically engineered (GE) variety that can tolerate the blight that has killed billions of wild trees.

If the United States Department of Agriculture (USDA) accepts the deregulation petition, the blight-tolerant chestnut would be the first GE tree approved for environmental conservation use in the US. ..”

The American chestnut was all but wiped out when the blight was accidentally introduced into the U.S. back in the late 19th or early 20th century. Estimates are that about 25% of the eastern U.S. forests consisted of the chestnut tree prior to the blight (billions of them). They were found from Maine all the way down to parts of Alabama and Georgia. It was a valuable source of food for humans and wildlife alike as well as a wood source for building construction, poles, fences and furniture.

It is probably difficult for many here in the early 21st century to understand how devastating a loss the chestnut tree was when they rapidly died out in the first half of the 1900s. With genetic engineering however, the long slow recovery process has hopefully now begun, that is if the anti-GE activists don’t get in the way (which they probably will try to do).

It will probably be 100 years (maybe 200) or more before anyone sees chestnut trees in the wild again anywhere near as commonly as they did in the 19th and early 20th centuries. It will be a very costly long-term project, but it is one which I whole-heartedly celebrate.

American Chestnut trees are already available. I planted four 2-3 foot tall saplings bought from a nursery in Georgia a couple of years ago. I live in Northern Virginia, where the soil and climate are ideal.

Only one survived, but it is flourishing bigly. I plan to buy some larger saplings for the April planting season, next year.

Those are just denier trees.

This isn’t so funny.

Did you know the Fed Reserve controls all science research? Go to the 34:00 mark.

Plants want Brondo, it has electrolytes!

American Chestnut trees are already available. I planted four 2-3 foot tall saplings bought from a nursery in Georgia a couple of years ago. I live in Northern Virginia, where the soil and climate are ideal.

Only one survived, but it is flourishing bigly. I plan to buy some larger saplings for the April planting season, next year.

Michael,
Good luck with your planting endeavors.
I looked up Chestnut blight and learned a lot
https://en.wikipedia.org/wiki/Chestnut_blight
For example “However, these regrown shoots seldom reach the sexually reproductive stage before being killed by the fungus.[7]”
This is curious because I have self-seeded European Sweet Chestnuts in my yard in Surrey (planted by grey squirrels) and these saplings are producing nuts at 12 years old.

I grew up in mixed forest country. Many Chestnut trees (dead) still stood. Saplings would grow, and might produce before dying.
Some trees were taken west before the blight.
Thus separated by geography, some live still.

Recycle the world’s CO2 … make concrete and power your machines with petroleum!

Prince Charles, that well-known climate change expert, supposedly talks to his trees.
But he’s clearly not listening. If he did listen the trees would tell him that they want more CO2, not less.
Chris

Instead of asking us to buy him a pint, how about we buy a print, or a bumper sticker, or a T-shirt featuring his work? Buttons too. I never wear T-shirts and I can’t put a bumper sticker on the company car.

Josh is very good at presenting complex issues in a simple snapshot, and with humor. I still like his “Welcome to the Adjustocene” cartoon the best. Would be nice to see that on actual billboards. That also sums up a lot about the current state of climate science. As does this cartoon, pointing out that trees like the CO2, the argument about biomass (lumber, plywood, pulp, OSB/Engineered wood products, pellets from shavings and sawdust, bark for burners) when the tree has reached it’s prime of life, and the time to deal with management to avoid wildfire.

Trees have a shelf life, so at some point we have to consider either utilizing them, or allowing them to rot or burn. The leave it natural argument is an argument for future fire, so it seems to me we should be managing our rural and urban forests for multiple values, and ensuring we don’t burn ourselves down by doing nothing.