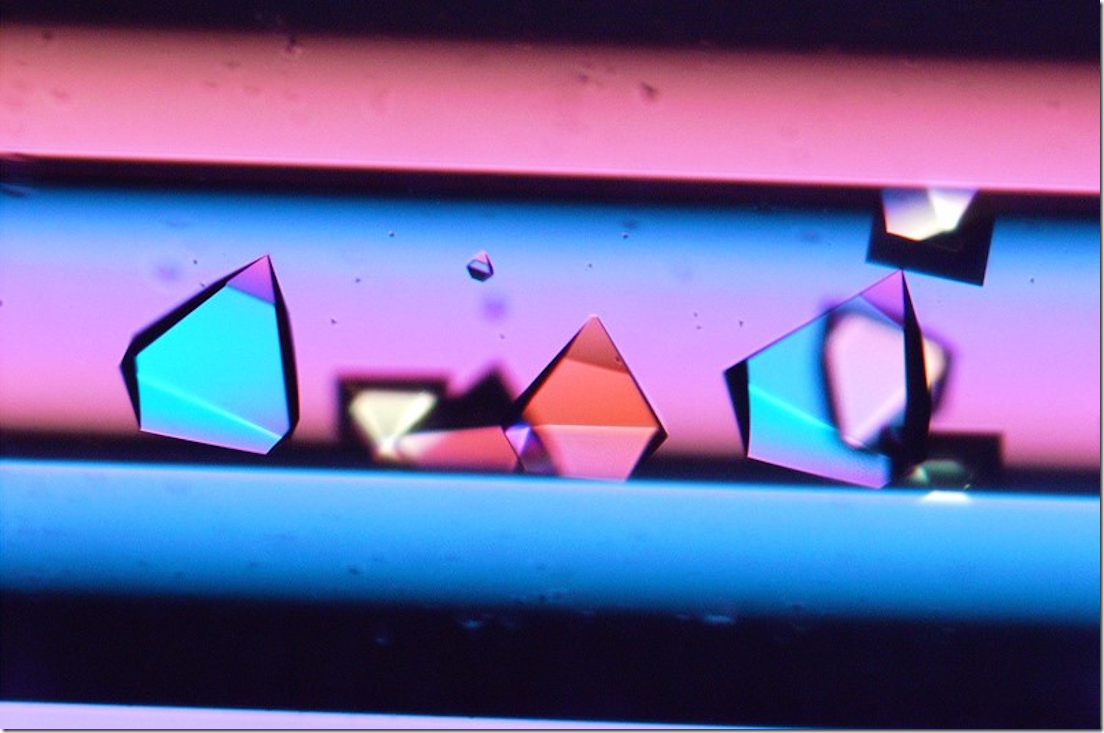 The International Space Station, a microgravity laboratory orbiting Earth at 17,500 miles per hour, has hosted a variety of scientific research for nearly 20 years. Some of that research continues for months and even years.

A prime example is the ongoing Fluid Shifts investigation. When astronauts began spending months at a time on station, they experienced a number of physical changes, including changes in their vision. Scientists suspect fluids shifting from the lower to the upper body in microgravity may increase pressure inside the head, changing the shape of the eye and affecting vision in some astronauts. The investigation began in 2015 and has measured the extent of body fluid shifts in multiple astronauts since then.

Five years may seem like a long time, but scientific research follows a lengthy step-by-step process. Medical research, for example, takes an average of 17 years from lab to clinical practice.

Looking at each step makes it easy to see why. First, researchers must come up with a question and a possible answer, or hypothesis. For Fluid Shifts, for example, the question is: what is causing vision changes? One hypothesis is that increased fluid pressure in the head is the cause. Scientists then design an experiment to test the hypothesis, which involves determining what data to collect and the resources needed to do so.

For research aboard the space station, scientists submit a research proposal, which goes through review to evaluate its relevance to NASA’s goals as well as its scientific merit. Selected investigations are assigned to a mission and the crew for that mission briefed. Individual crew members can volunteer to participate in research requiring human subjects. NASA works with investigators to meet their science requirements, obtain approvals, schedule crew training, develop flight procedures, launch hardware and supplies to the space station and collect any preflight data needed. Once the crew launches, in-flight data collection begins. Finally, the scientists can analyze all the data.

In addition, researchers must determine whether their data are significant. “Just because something is different in space doesn’t mean it is scientifically meaningful or a sign of a problem,” says Judy Tate-Brown, International Space Station research results coordinator at NASA. “You also have to look at what the results mean. Is this something we don’t already know or does the change make a difference either to what is happening or how it affects the process or organism? Is this is a helpful response to spaceflight?”

The next step is writing a paper about the results and submitting it to a scientific journal. It may take an investigator a year or more to evaluate the data from the research and write the paper. It can take weeks or months for a journal to respond, and its editors may request additional analysis and revisions. Journals also have the paper reviewed by other scientists in the same field, a process known as peer review. According to one analysis, this review takes an average of 100 days. For space station investigations, from date received to date published often takes up to a year and a half, according to Tate-Brown.

Several unique aspects of research on the space station add more time to the process. A truism of science is the more test subjects, the better. Although clinical human research usually needs 100 to 1,000 subjects to find a statistically significant result, Tate-Brown says, the space station typically houses at most six people at a time. Some clinical research that measures a specific change in the body may only require eight to 12 subjects to determine whether the change is real. Most human research studies on the space station have only one to three subjects at a time. New crew members currently arrive only every six months or so. In nearly 20 years of continuous human presence on the station, only 239 people have visited, and only three of those have been long-duration crew members staying more than six months.

The Lighting Effects investigation illustrates how the need for enough subjects adds time to a study. The space station’s speed means it orbits Earth 16 times a day, exposing crew members to atypical periods of dark and light that can affect the body’s daily clock and crew health and performance. While the crew members live and work indoors and maintain light during waking hours and darkness during sleep, they experience the circadian challenge of working with two mission controls, one in Houston and one in Moscow, with an eight-hour time difference between them. Lighting Effects examines whether light-emitting diodes (LEDs) with adjustable intensity and color can improve crew circadian rhythms. To collect data from enough crew members, this investigation began in 2016 and has continued into 2020.

Other lengthy studies about how humans adapt to life in space include research on cardiac atrophy (decrease in heart muscle) associated with long-duration space flight, testing a wearable device to analyze sleep-wake and activity patterns, and a suite of long-term studies on food and nutrition, including producing fresh food in space. NASA began growing plants aboard the space station in 2001. Current plant research includes Veg-04B, focusing on how light quality and fertilizer affect growth.

The JAXA PCG investigation is one example. A 2002 study revealed a specific protein expressed in Duchenne’s muscular dystrophy (DMD) patients, opening up the possibility of targeted therapeutic agents. JAXA PCG led to a considerably more effective disease inhibitor than those under investigation at that time. Subsequent tests showed it was effective. A 2015 study verified its safety for use in humans, and in 2017 the inhibitor completed a clinical trial in human patients. After additional trials, this treatment could finally end up in the hands of patients.

The PCG-5 investigation by Merck Research Laboratories began in 2016 and published results in 2019, reporting production of an existing drug, Keytruda®, in crystalline suspension form. This new form may enable administration of the drug by injection rather than intravenously, a lengthy process done at a hospital. Receiving an injection at the doctor’s office greatly improves quality of life for patients and saves them time and money. Paul Reichert, the principal investigator at Merck, says the time it took to publish results largely reflects the sheer amount of data researchers had to analyze. But a proposed follow up investigation could move more quickly: new capabilities on the space station enable real-time analysis of crystalline suspensions as they are produced in microgravity.

“Astronauts now can pipette, aspirate and handle liquids rather easily on the station. That means we can do multiple rounds and adjust and continue the experiment without having to bring samples back to the ground and send up new ones,” Reichert says. “This is a tremendous improvement, allowing us to do research in microgravity the same way we do it on Earth.”

Physical science investigations already can send plenty of samples to the space station and complete data collection more quickly than human studies. But sometimes, the more we learn, the more questions we have, creating the need for additional research. Studies of fire in space are one example. From 2011 to 2013, Burning and Suppression of Solids (BASS) examined the burning and extinction characteristics of a wide variety of fuel samples and BASS-II continued that work through 2017. The Saffire series of fire safety demonstrations on Northrop Grumman’s Cygnus cargo spacecraft began in 2016 and continued into 2020. Researchers have answered many questions with all of this work, but still have much to learn about preventing, detecting and extinguishing fires in space.

The timeline for science, especially in microgravity, can run long. But results can be well worth the wait.

For daily updates, follow @ISS_Research, Space Station Research and Technology News or our Facebook. Follow the ISS National Lab for information on its sponsored investigations. For opportunities to see the space station pass over your town, check out Spot the Station.

Nice report on NASA experiments (some of them just monitoring for data collection) on the ISS. When the local newspaper posts ISS visible events I always watch, it’s the largest moving satellite by far, and with simple telescopes you can see some individual modules. Also NASA has a website feature on the ISS location, try to see this event if possible, especially for your children.

0
Scissor
Reply to  john in cheshire

This new form may enable administration of the drug by injection rather than intravenously, a lengthy process done at a hospital. Receiving an injection at the doctor’s office greatly improves quality of life for patients and saves them time and money.

I thought I knew what they meant. Even though the story is about space, I didn’t think they were talking about orbit injection. The English language provides us with way more fun than we deserve.

Injection is what most people call a “shot” where the medicine is injected into muscle tissue in seconds. I.V. is a process where a small needle is inserted into a vein and a mixture of saline solution and medicine is slowly mixed with the blood flow over several hours.

The BASS and BASS-II tests were interesting. Another interesting experiment would be to utilize a similar experiment by creating a point source of heat (i.e non-combustion spherical heated element) and determine the sensible heat flow and also radiant flow direction with regards to the micro gravity from the Earth. Basic question is if heat/energy direction is anti-gravity. In other words would there be a greater flow away from a source of gravity whether it be from Earth or a concentration of mass on the space station itself?

My guess is that there would be no effect, and shadows from wire leads and element components would interrupt symmetry of heat flow. Perhaps some type of induction or microwave heating could be done without a heating element.

Here’s an interesting factoid I read in the January 2020 issue of Astronomy magazine (page 11):

Astronauts recently mixed cement–a primary ingredient of concrete–in space for the first time. By proving cement can solidify in a microgravity environment, the success helps pave the way for construction of colonies on other worlds”

Concrete would be useful for construction in orbit, too, like with large O’Neill-type habitats. Mass drivers could throw a lot of material into orbit from the Moon.

In that same issue (same page) NASA says they are going to develop a CubeSat that will be sent to the Moon to test the orbit of the proposed lunar Gateway space station.

I’m a little curious as to what they are testing. Debris in the orbit?

And one other space-related item (page 14). In late June NASA launched its Deep Space atomic clock, a proof-of-concept atomic clock that measures the regular vibrations of charged mercury atoms, or ions, to keep time in space. The 35-pound (16 kilogram) toaster oven-sized clock will function in Earth orbit for a year to demonstrate whether such small atomic clocks could be sent on future crewed and uncrewed missions to the Moon, Mars, and beyond.

In the future, if spacecraft have their own atomic clocks on board, it would cut in half the time it takes to determine position and speed. A craft with its own atomic clock could determine his information based on the signal it recieves from Earth without the need to send one back.