Global primary energy consumption grew strongly in 2017, led by natural gas and renewables, with coal’s share of the energy mix continuing to decline

Despite the Never-Ending Death of Coal: It’s Still a Fossil Fueled World 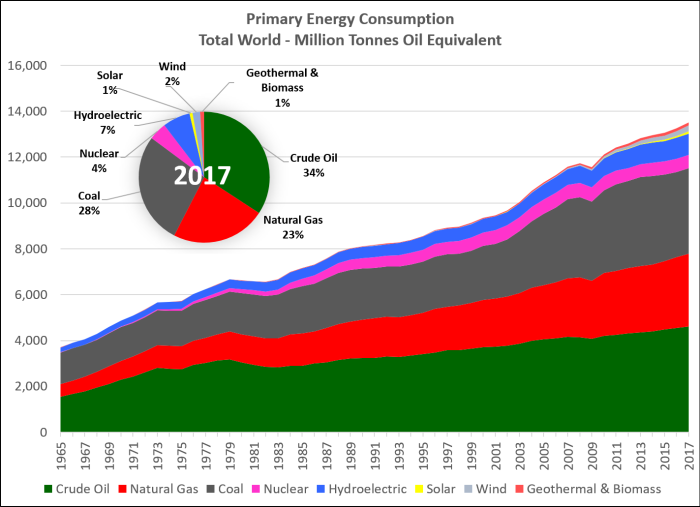 Can you see solar power on the graph? 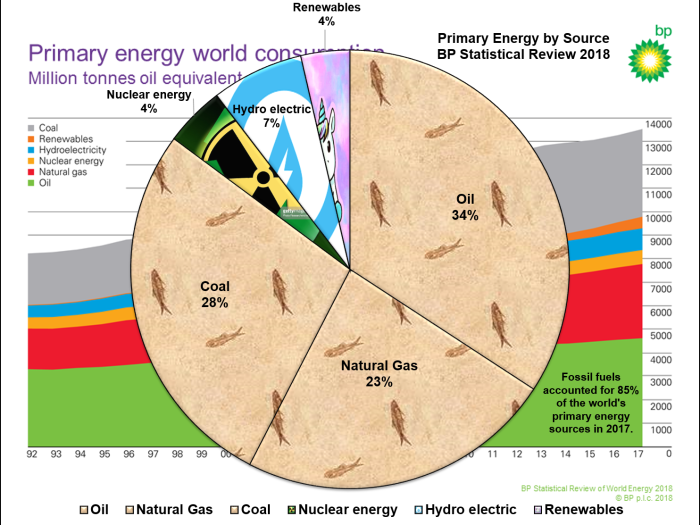 53rd Consecutive Year: Peak Oil and Gas Are Still Just Over the Horizon

Note to both Peak Oilers and Abiotic Aficionados: Proved reserves are a fraction of the oil & gas that are likely to be produced from existing wells in existing fields.

This year, BP has included tabs for Cobalt, Lithium, Graphite and Rare Earth mine production and reserves, a tab with Cobalt and Lithium prices.  I cross-plotted Lithium prices with EV sales… 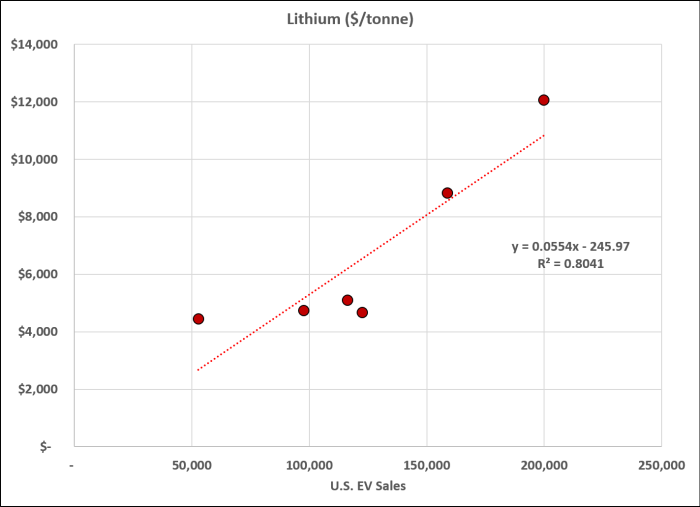 That’s just the US… What about the rest of the world?

The IEA says we need 600 million EV’s on the road by 2040 to save us from Gorebal Warming… Meaning we need to sell an average of 26 million EV’s per year over the next 23 years… Assuming the 4 data point trend is meaningful, it would put lithium at nearly $230,000/tonne. Too fracking funny!