Cabot Oil And Gas Declines To Play Sue And Settle 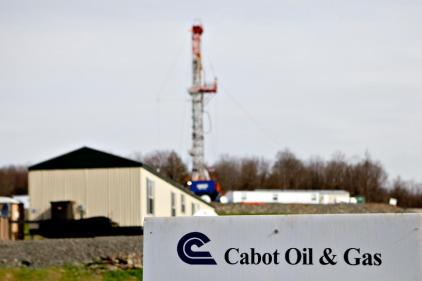 There is a great, overriding bias in corporate America that favors entering into settlement agreements in litigation rather than engage in the trial process.  The oil and natural gas industry is no exception to this corporate inertia.

Most often, such decisions are made within companies on a simple cost/benefit analysis:  Unless a case is tossed out by the presiding judge in a summary judgment, it is almost always less expensive to settle than to engage in a long, drawn-out trial process.  The bottom line impacts all decisions in corporate America – as it should – and thus, this bias towards settling should surprise no one.  Corporations also fear incurring negative press coverage, knowing that the media always will tend to portray such litigation as big corporate America vs. the “little guy.”

All of which is a long way of getting around to saying that I was pleasantly surprised when I read that Cabot Oil & Gas Corporation didn’t just go into settlement mode when a landowner named Ray Kemble and his lawyers filed a nuisance suit against the company on allegations that had already been dealt with in prior litigation involving Mr. Kemble that was settled in 2012.

The easy thing to have done with such a case would have been to offer the plaintiff a token settlement, even though the company believed the case was clearly frivolous.  Instead, Cabot’s management chose to challenge what it saw as a double-dip filing, and the judge rewarded the company by dismissing the suit in a summary judgment.  In normal corporate behavior, that would have been the end of things.

But Cabot’s management had, in the words of company spokesman George Stark, “grown weary of this ‘sue and settle’ racket” that it believes this case represents.  So, rather than just let the matter drop, Cabot’s management chose instead to file a counter-suit against Mr. Kemble and his lawyers.  “We aren’t suing a landowner,” says Stark, “We’re suing a big law firm.”

The main firm targeted by the suit is the Speer Law Firm, a Missouri-based firm headed by plaintiff attorney Charles F. Speer.  The suit also includes the Pennsylvania firm of Ciarimboli, Boylan and F&C, which partnered with Speer in Mr. Kemble’s filing.

So, this is what it looks like when a U.S. corporation declines to play the ‘sue and settle’ game any longer, and chooses to aggressively defend itself on the merits instead.  It is interesting to note that, to this point anyway, Cabot has received very little in the way of negative press related to this counter-suit, despite the company’s high profile as one of the largest operators in the Marcellus Shale region.  More could certainly come as the case goes to trial, and if that happens it will be interesting to see how the company handles it.

Regardless, it is refreshing to see one company’s management reject taking the easy way out, and take a principled approach to what it sees as frivolous litigation instead. It’s a risk, but one that could benefit the entire industry should it be seen all the way through to a successful conclusion.

The primary targets are the “slip & fall” law firms representing Mr. Kemble in his nuisance lawsuit against Cabot.