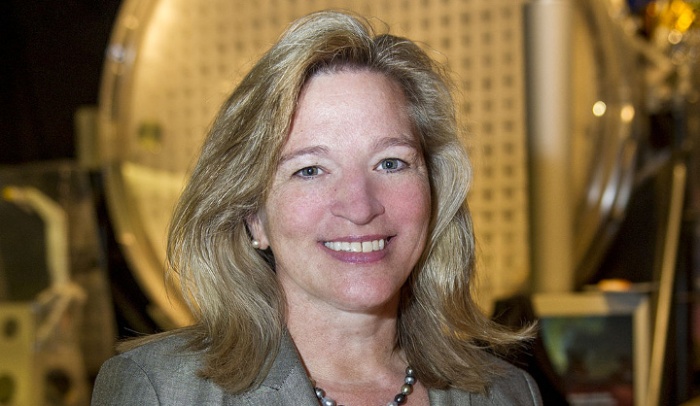 Fake news spread by those with a profit motive is leaving many people oblivious to the threat of climate change, says former head of US space agency.

Americans are “under siege” from disinformation designed to confuse the public about the threat of climate change, Nasa’s former chief scientist has said.

Speaking to the Guardian, Ellen Stofan, who left the US space agency in December, said that a constant barrage of half-truths had left many Americans oblivious to the potentially dire consequences of continued carbon emissions, despite the science being unequivocal.

“We are under siege by fake information that’s being put forward by people who have a profit motive,” she said, citing oil and coal companies as culprits. “Fake news is so harmful because once people take on a concept it’s very hard to dislodge it.”

During the past six months, the US science community has woken up to this threat, according to Stofan, and responded by ratcheting up efforts to communicate with the public at the grassroots level as well as in the mainstream press.

“The harder part is this active disinformation campaign,” she said before her appearance at Cheltenham Science Festival this week. “I’m always wondering if these people honestly believe the nonsense they put forward. When they say ‘It could be volcanoes’ or ‘the climate always changes’… to obfuscate and to confuse people, it frankly makes me angry.”

Stofan added that while “fake news” is frequently characterised as a problem in the right-leaning media, she saw evidence of an “erosion of people’s ability to scrutinise information” across the political spectrum. “All of us have a responsibility,” she said. “There’s this attitude of ‘I read it on the internet therefore it must be true’.”

Even using IPCC estimates, there is a real possibility we do not face a climate emergency. From IPCC AR5 Chapter 10 page 871;

… Estimates of the Equilibrium Climate Sensitivity (ECS) based on multiple and partly independent lines of evidence from observed climate change indicate that there is high con dence that ECS is extremely unlikely to be less than 1°C and medium con dence that the ECS is likely to be between 1.5°C and 4.5°C and very unlikely greater than 6°C. These assessments are consistent with the overall assessment in Chapter 12, where the inclusion of additional lines of evidence increases con dence in the assessed likely range for ECS. …

The lower IPCC estimate for a plausible equilibrium climate sensitivity is an unexciting 1.5C per doubling of CO2. Even 1C per doubling is considered possible.

CO2 is currently growing at around 3ppm / year, according to observations from Mauna Loa.

Calibrating for 1.5C / doubling (CO2 forcing is logarithmic) – determine the value of k;

Note this is the equilibrium sensitivity calculation – the transient climate sensitivity is likely to be even less.

Since we have already experienced around 1C of temperature rise without any noticeable ill effects, an additional 0.8C by the year 2100 is a big nothing burger.

Obviously everyone can debate the likelihood of various climate sensitivity estimates, or the possibility that the rise in atmospheric CO2 level will accelerate as China complies with their Paris agreement commitments, by building hundreds of new coal plants, but my point stands;

The science is NOT unequivocal that we face a climate emergency. Using the IPCC’s own climate figures, there is a real possibility anthropogenic CO2 is not a big deal.

Calling people who point this out purveyors of “fake news” is pure climate alarmism.

As for what happens after the year 2100, frankly that is their problem. By the year 2100 humanity will know whether CO2 is causing climate problems – and will have the energy supply options and advanced engineering capabilities to deal with any eventuality.

286 thoughts on “Former NASA Chief Scientist: America is "Under Siege" from Climate Disinformers”