Summary:  The public policy debate about climate science shows the dysfunctional nature of the US media. It’s one reason why making effective public policy has become difficult or impossible. Here’s another example of how propaganda has contaminated the news reporting of this vital subject, looking at stories about a new study of our oceans.

Image courtesy Matthew Long, NCAR. It is freely available for media use.

NCAR’s press research accurately describes the paper: “Widespread loss of ocean oxygen to become noticeable in 2030s” (although it omits a crucial detail, mentioned below). Phil Plait at Slate turns this into agitprop:  “Climate Change Is Strangling Our Oceans“. His conclusion: ““messing with {the ocean} habitat is like setting fire to your own house. Which is pretty much what we’re doing.” Maddie Stone at Gizmodo also has a sensational headline “The Oceans Are Running Low on Oxygen” (the paper says nothing like that; for example, “detectable change” does not imply a “low” level).

“Anthropogenically forced trends in oceanic dissolved oxygen are evaluated in Earth system models in the context of natural variability. A large ensemble of a single Earth system model is used to clearly identify the forced component of change in interior oxygen distributions and to evaluate the magnitude of this signal relative to noise generated by internal climate variability. The time of emergence of forced trends is quantified on the basis of anomalies in oxygen concentrations and trends.

“We find that the forced signal should already be evident in the southern Indian Ocean and parts of the eastern tropical Pacific and Atlantic basins; widespread detection of forced deoxygenation is possible by 2030–2040.

“In addition to considering spatially discrete metrics of detection, we evaluate the similarity of the spatial structures associated with natural variability and the forced trend. Outside of the subtropics, these patterns are not wholly distinct on the isopycnal surfaces considered, and therefore, this approach does not provide significantly advanced detection. Our results clearly demonstrate the strong impact of natural climate variability on interior oxygen distributions, providing an important context for interpreting observations.”

Note the difference between the paper and Slate’s agitprop. The climate scientists ran models and said “We find that the forced signal should already be evident” (not that it is evident). Their conclusions are similarly modest (i.e., we don’t have sufficiently detailed or long records to validate the model’s output)…

“Our results suggest that ocean deoxygenation might already be detectable on the basis of state anomalies and/or trends in regions within the southern Indian Ocean, as well as parts of the eastern tropical Pacific and Atlantic basins. Observations have insufficient spatiotemporal coverage, however, to adequately characterize the natural [O2] distribution, in the case of evaluating state anomalies. Furthermore, in most regions where early detection is possibly {sic}, relatively long records (>50 years) are required to assess the exceedance of a trend from the O2 variability generated in a stationary climate without external forcing.”

Slate sweeps all this away. Model outputs become definite observations of damage appearing today. Tentative conclusions become certainties. Those are Slate’s smaller misrepresentations of this paper. 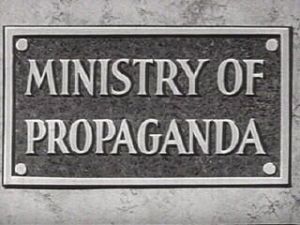 The paper clearly states that the model was run using a specific scenario: “the CMIP5 Representative Concentration Pathway 8.5 (RCP8.5) for 2006–2100”. The nightmarish predictions of climate change that dominate the news almost all rely on this, the most severe of the four scenarios used by the Fifth Assessment Report (the IPCC’s most recent report). It describes a future in which much has gone wrong (details here), most importantly…

RCP8.5 is a valuable scenario for planning, reminding us of the consequences if things go wrong. But presenting forecasts based on it without mentioning its unlikely assumptions is agitprop. The current bankruptcies of coal miners already suggests that the late 21st century will not be dominated by burning coal (details here). There is little evidence that fertility in Africa will remain high as their incomes grow.

Some journalists more accurately reported this paper. The WaPo wrote “Global warming could deplete the oceans’ oxygen – with severe consequences” — saying “could deplete”, not “is depleting” or “will deplete”. They also say “High levels of greenhouse gas emissions, the study reports, produce a ‘sharp acceleration of oceanic deoxygenation in the first half of the 21st century’” — a nod to the RCP8.5 scenario.

The steady flow of this kind of propaganda is already slowly shaping US public opinion. A few large extreme weather events — promptly (even if inaccurately) blamed on CO2 — and the course of US public policy might change radically.

Climate skeptics’ lack of strategy or coordination makes this kind of propaganda easy and effective. It’s one of the reasons I believe that skeptics will lose the US public policy debate about climate change (details here).

Other examples of sensationalist reporting of climate change

89 thoughts on “Science as agitprop: “Climate Change Is Strangling Our Oceans””