Hidden in the sunspot numbers are long-term trends. See the graph below. 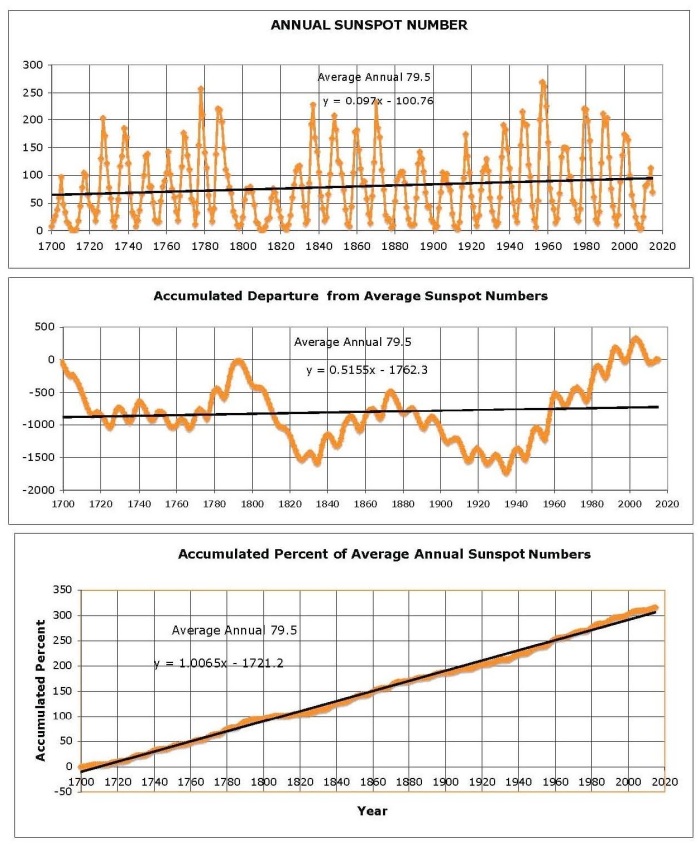 This is coinciding with the atmospheric CO2 increase. This suggests that the temperature-CO2 correlation is spurious, rather than causal.

Thanks to Dr. Leif Svalgaard for help in revising sunspot numbers.

178 thoughts on “Trends in the Revised Sunspot Number Dataset”