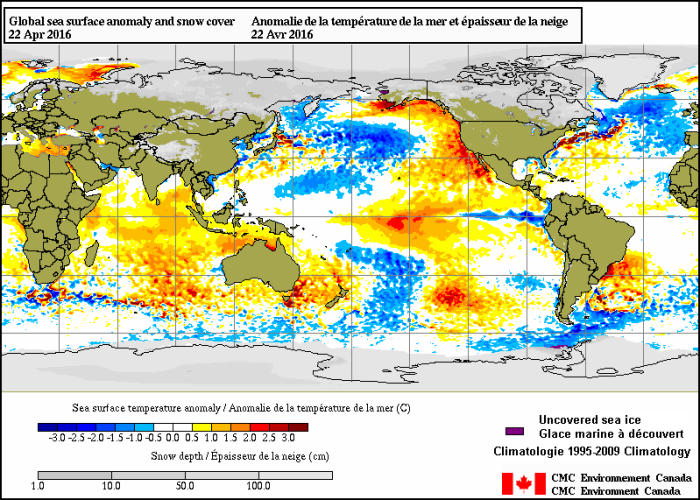 The following are updates of the two sets of graphs of NINO region sea surface temperature anomalies that have been part of the 2014/15 El Niño series and the 2015/16 El Niño series.

Note: The weekly NINO region sea surface temperature anomaly data for Figure 2 and 3 are from the NOAA/CPC Monthly Atmospheric & SST Indices webpage, specifically the data here. The anomalies for the NOAA/CPC data are referenced to the base years of 1981-2010 so they will not coincide with the map in Figure 1. They also will not coincide with the data from Australia’s Bureau of Meteorology (BOM), because BOM uses 1961-1990 as base years.

Figure 2 includes the weekly sea surface temperature anomalies of the 4 most-often-used NINO regions of the equatorial Pacific. From west to east they include:

Note that the horizontal lines in the graphs are the present readings, not the trends.

We also showed in the post here that the differences between sea surface temperature datasets and their uncertainties keep us from knowing which El Niño was strongest.

The full ENSO update for April is just a week old. See the post here.

It will be interesting to see how quickly those cooler-than-normal surface temperatures migrate westward. According to the map in Figure 1, they’re on the eastern-most part of the NINO3.4 region.