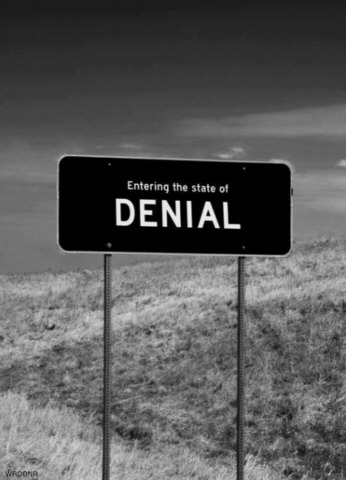 By James Cook (no relation)

DENIAL 101x is a University of Queensland MOOC being promoted as helping people understand the new phenomenon of “Science Denialism”, led by John Cook, a career drumbeater for Global Warming. According to the narration, Denialism is distinguishable from normal Scientific Skepticism by fact that the evidence is considered after one makes up one’s mind regarding the science. This implies that one’s position on a particular fact or a group of facts is right or wrong (regardless of the outcome) is based on the order of one’s thinking, which as a scientist and philosopher, I find a hard pill to swallow.

Not considering all of the evidence is the mark of a pseudoscientist. Many scientists today are pseudoscientists, taking the lazy road of rerunning “established” models over and over again in order to “prove” aspects of climate and geology completely unrelated to the original purpose of the models, which was to discover a hotter temperature, which of course never did occur. Much of what John Cook calls “consilience of evidence” is this very phenomenon, where data derived from atmospheric composition models used to predict warming, which doesn’t occur, is reused to verify that other loosely related predictions, or statements that can be made to sound like predictions, which can then be proven.

At this point, I realize I have been confused and confounded by the point of the movie, which is to mix up liberal hangers-on and some of the most arrogant scientists into a circle of “Liberal Angst” directed against what they call, “Doubt”, So you will see me “drop my gloves”, and begin to draw generalizations on my own side.

Perhaps the wildest error made in one of these episodes is the juxtaposition of a couple of renowned climate science groupies, Stephan Lewandowsky who has written on the psychological illness of climate skeptics, and Peter Doran, who wrote the paper that first described the “Climate Consensus” as 97%. Doran skillfully explains how through tremendous attention to reduction, he was able to create 97% out of 50%, through a process of restricting the number of participants over and over until it was exactly at maximum, self-described climate scientists only, and only those who had published climate science. Then Lewandowsky comes on and complains about the “rest of us”, who aren’t the scientists owning the 97% consensus, as if he were ever one of them, himself, using Doran’s reductive algorithm! What hypocrisy, what hyperbole!

Sceptics are portrayed here by Liberals posing as Scientists and Scientists portraying themselves as Liberals for being morally inferior. There is obviously no possibility whatever that these types of bullies can themselves be morally superior to anyone. The essential purpose of scientific skepticism is to improve the science and improve understanding of the wide body and debates that rage inside of all of the sciences, on a constant and continuing basis. Public skepticism raises interest in science and has never posed any threat to any honest scientist.

Concern that Liberals pose about skepticism is often poised in their rhetoric against conservative beliefs. They state that they are afraid that Conservatives can’t believe Global Warming because Conservatives enjoy the idea of the free market. The free market has ramifications for ideas as well as goods. If goods are exchanged freely on a free market based on demand, price, and supply, then the ideas individuals have will also be accepted, rejected, taken up and used, or discarded based on their value to a larger multitude ready to pay in order to be informed correctly. This Liberal attitude, that ideas have no net worth, is what fuels their psychotic fear of contradiction.

The other complaint Liberals pose is that people’s lack of shared scientific belief, or “denial” as they prefer to call it, is based on vested interests, such as Farmers, Producers, and Suppliers, for example, not wanting to be affected by social constraints on carbon emissions. However, by this definition, “vested interests” could go much further in terms of an industry in which one is occupied, or terms of one’s lifestyle, such as the size and power of the vehicle one can drive being affected. And it can simply mean the opposite, that people with reasonably good engineering and investment skills can get into the “renewable energy” market, invigorated through strong (and generous) governments and fearful populations and make a killing. This is not to mention the thousands of scientists who ride on this, ‘one-trick pony’, and receive over $6 billion in grant money (not to mention NASA’s $1,700 billion Earth Science budget) even before their Apocalyptic view becomes fully funded.

When all is said and done, however, all of this maneuvering and accusing can be wasted energy, since all types of fossil fuel replacement technologies really need to evolve with time, and time, in a democracy, is along with many other things, is primarily controlled by events, the majority, and the market, and not the “consensus of climate scientists”, as this team, and their group of fanatic followers claim to wish. The only saving grace I found in the series was the wish of some scientists interviewed, that a few ‘high-quality’ books available (Merchants of Doubt was mentioned.), could possibly change people’s minds about the issue.